An exhibition space in Frankfurt will introduce photography enthusiasts in Germany to the life and work of celebrated Soviet-era creative Guram Tikanadze, who became the first Georgian photographer known to the world across the Iron Curtain.

The Ausstellungshalle venue in the central German city will open for a personal display of the artist and mountaineer who died descending the famed Shkhara peak in 1963.

Remembered as a major figure in the development of the photographic scene in Georgia, Tikanadze also received accolades abroad. 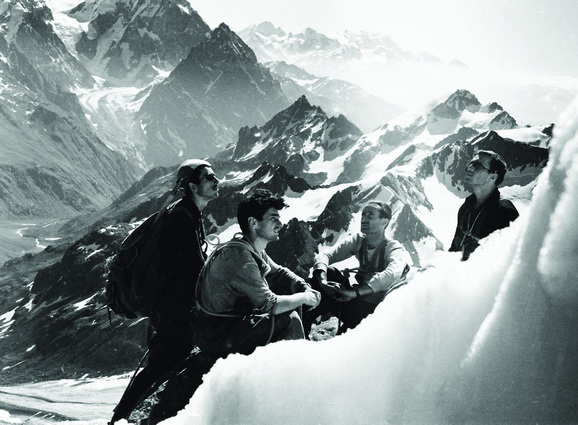 His bronze medal at the 1959 World Festival of Students and Youth in Vienna was particularly notable for the period when reaching the international audience was a difficult proposition for Soviet creatives.

Born in 1932, Tikanadze studied at the faculty of Geography and Geology of the Tbilisi State University.

Catching an interest of photography early on, he took classes for the art form at the capital city’s Young Pioneers Palace (now Georgian National Youth Palace).

Featuring in Soviet Georgian and USSR-wide displays, Tikanadze’s work was also seen by audiences in international exhibitions from Japan to the United States to Europe. 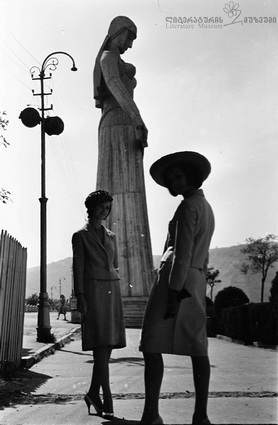 The young creative also worked as photo reporter in eastern European states, while his prize at the Vienna festival became the first international award for Georgian photography.

Organisers of Kolga Tbilisi Photo festival, which exhibited his works at its 2015 edition, noted how Tikanadze’s work "coincided with the so-called Khrushchev Thaw period, when young photographers intentionally ignored the rules of staged photography and were boldly pushing reportage photography forward”.

With unexpected perspectives and an ability to discover the "unusual” in usual, [Tikanadze’s work can be traced to] the Russian avant-garde of the 1920s and particularly, the aesthetics of the works by Alexander Rodchenko”, Kolga organisers also said.

The legacy of the young Georgian is also remembered in the field of mountaineering, with a peak in the Caucasus posthumously named after him. 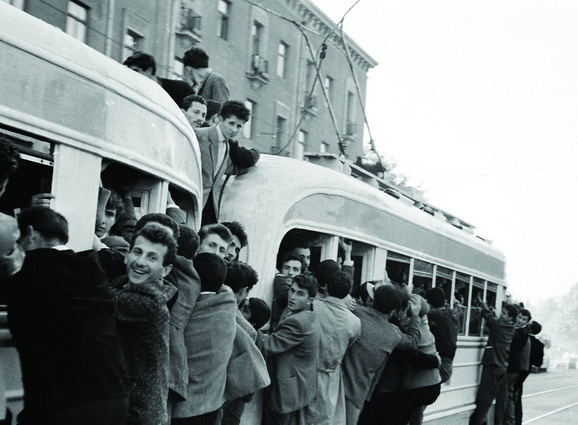 A photo of passengers of a tram by Tikanadze. Photo: Kolga Tbilisi Photo.

A Guram Tikanadze Culture and Sports Centre was also opened in the village of Latali in Georgia’s highland Svaneti province in 1981.

The display paying homage to his life and work will open in Germany within the frame of Georgia’s participation in the 2018 Frankfurt Book Fair — the largest global book event — as the official Guest of Honour.

The Georgian program to mark the occasion includes over 50 talks, presentations and exhibitions showcasing Georgian art and culture in German-speaking countries in the run-up, during and after the fair.

Organised by Kolga Tbilisi Photo Week and the Frankfurt venue, the highlight of Tikanadze’s photography will be open for visitors at the Ausstellungshalle between October 11-November 4.