Deepening bilateral cooperation between Georgia and Slovakia and Georgia’s European and Euro-Atlantic aspirations are among the issues Georgian and Slovak Presidents discussed during their meeting today in Bratislava.

Giorgi Margvelashvili and Andrej Kiska agreed that the Slovakian President will represent Georgia’s position and interests at the upcoming NATO Summit in the Belgium’s capital of Brussels, which will be attended only by the NATO member states.

When I witnessed a person living behind the barbed wire fence in Georgia, I became aware of the Russian actions against Georgia. This is an important warning for all of us. Russia is only thinking of its own interests”, Kiska said at the press conference following the meeting with his Georgian counterpart.

He said as the NATO-member state Slovakia wants Georgia "to feel secure and protected”. 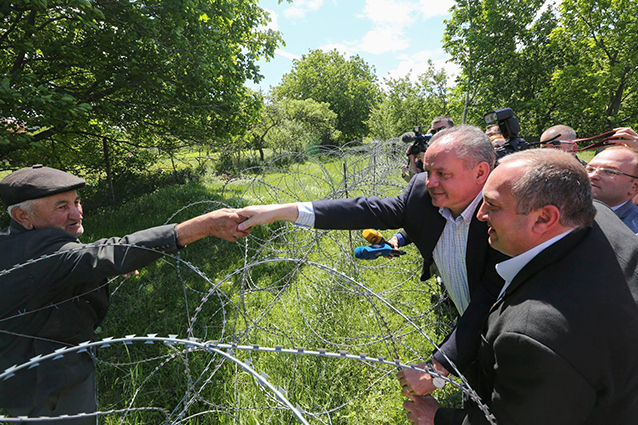 Recollecting a meeting with a family living behind the Russian erected barbed wire fences in the village of Khurvaleti near the occupation line last year, Slovakian President Kiska said he became aware of the heavy security conditions in Georgia and this is why his country supports Georgia’s NATO membership.

President Margvelashvili said Slovakian President’s visit to Georgia last May was especially emotional because the photo where Kiska is holding his hands with the men living behind the barbed wire fence in the village of Khurvaleti, causes sorrow and sympathy. 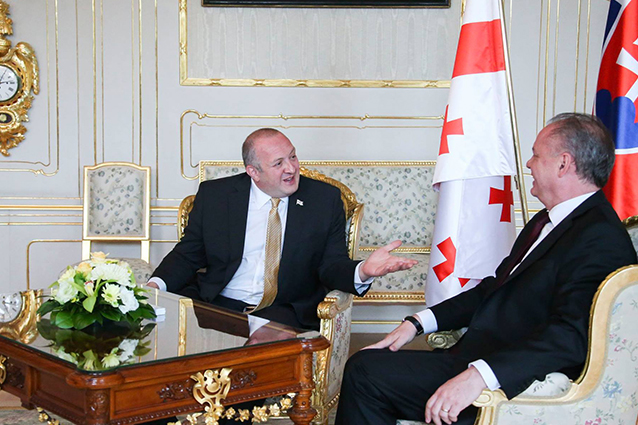 Welcoming Georgia’s historic visa-free regime with EU-member states, Kiska said this is how the Georgian citizens can share European values. President Margvelashvili also thanked Kiska for his country’s support to Georgia on its path to European and Euro-Atlantic integration during Slovakia’s Council of EU presidency.

President Margvelashvili is paying a three-day working visit to Slovakia together with the state delegation. 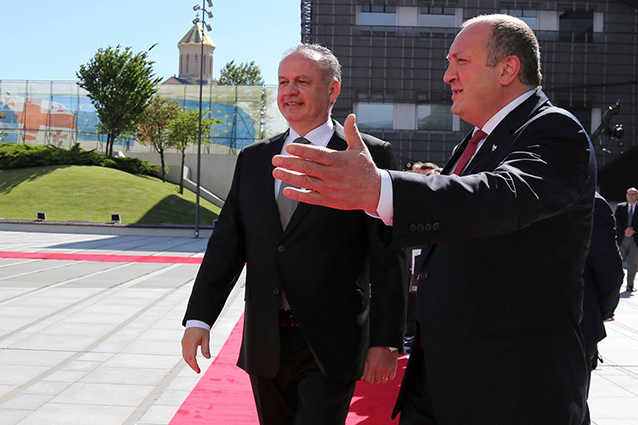 Margvelashvili will give a lecture on security issues at the Comenius University in Bratislava and will meet Georgian student studying in Slovakia.

Tomorrow Kiska will host the Georgian presidential couple in his native town of Levoca. They will visit a winter resort in the Tatra Mountains and the Slovakian side will share its tourism experience with Georgia.

The Georgian delegation will end its Slovakia visit on May 17.