We should enlarge our country’s production. Let’s ask for Georgian products wherever we buy anything in the market”, President Margvelashvili said.

Visiting four local food-producing factories in the Georgian regions of Mtskheta-Mtianeti and Shida Kartli near the Administrative Boundary Line (ABL) with Tskhinvali (South Ossetia), one of the country’s occupied territories, the President announced the launch of a new campaign "Ask for Georgian”.

He believes this will raise public awareness of the Georgian food industry, boost morale in Georgia’s food-production industry, act as an incentive for job creation and in doing so, strengthen the country’s economy. 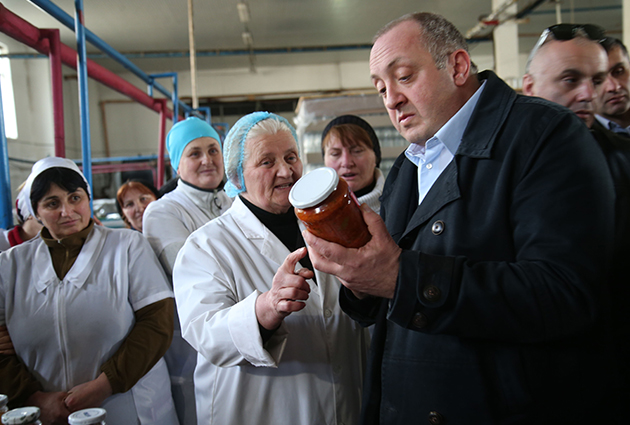 With this new campaign the President has joined a similar movement started by kar.ge and photographer Goga Chanadiri, who have been encouraging people to "Buy Georgian”.

Website kar.ge (which means "good”, in Georgian) gives a full list of companies and products made in Georgia available on the domestic market.