The latest group of Ukrainian service members wounded during counter-terrorist operations in the country’s east will undergo treatment in Georgia over the next two weeks after arriving in Tbilisi earlier today.

The Ministry of Defence of Georgia said 11 members of the National Guard of Ukraine and their families would receive a course of physical and psychological rehabilitation at the Maro Makashvili Tserovani Rehabilitation Centre.

They will undergo a two-week course aimed to provide the "best possible improvement” of patients’ "health, physical and functional condition” at the centre located in village Tserovani, 25km northwest of Tbilisi. 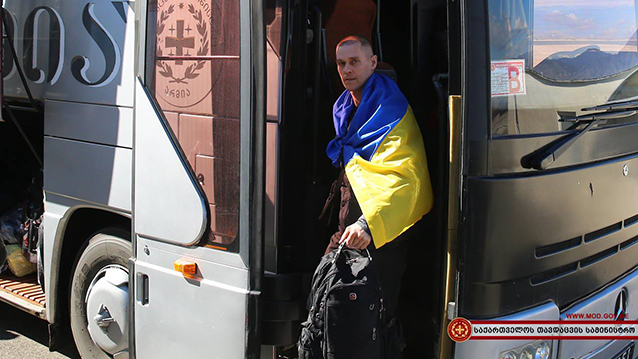 The Ukrainian service members and their families arrived in Georgia earlier today. Photo: Ministry of Defence of Georgia's press office.

Rehabilitation specialists and therapists at the centre will assess the condition of the service members according to internationally-used tests, said a release by the Defence Ministry.

In addition, a psychological rehabilitation course will involve both the patients and their family members during the treatment running through April 6.

The National Guard members were injured or wounded during the conflict in eastern Ukraine that erupted in 2014. The Georgian Defence Ministry said a majority of patients had experienced captivity during the conflict, with others were wounded in combat.

The arriving service members and their families were welcomed in Tbilisi by Deputy Defence Minister Zaal Kapanadze and later met Ambassador of Ukraine in Georgia Ihor Dolhov.

Later they were hosted at a reception at the Rehabilitation Centre, where injured and wounded troops from the Georgian Armed Forces spoke to their Ukrainian colleagues about their experiences. 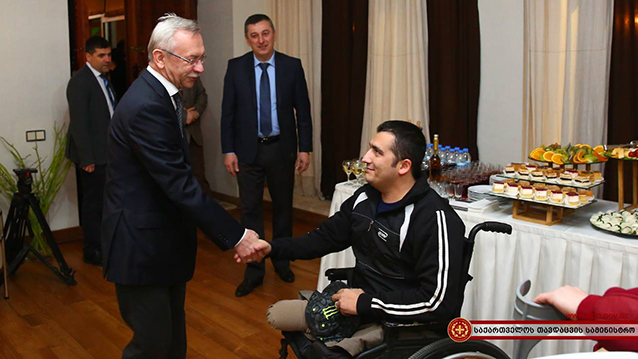 Six groups of service members from Ukraine have already undergone rehabilitation at the centre over the recent years.

Their treatment in Georgia was agreed in a 2015 memorandum between defence ministries of the two countries and involves support from the United States.

Seven members of Ukraine’s armed forces were treated in Georgia in August 2015 during a course designed to launch on the country’s Independence Day.

Last year the Rehabilitation Centre was named after Maro Makashvili, a 19-year-old Georgian nurse who died in combat during the February 1921 Soviet invasion of Georgia. Makashvili was posthumously awarded the title of National Hero of Georgia by President Giorgi Margvelashvili in 2015.