Two popular film festivals from Georgia and Germany will dive into a closer partnership after signing an agreement on cooperation at the ongoing Berlinale film festival in Germany’s capital on Wednesday.

Inked by representatives of Georgia’s International Animation Film Festival Nikozi and International Short Film Festival Dresden, the memorandum will see the two events contribute to developing cultural relations between the two countries as well as their audiences.

Specifically, the deal will see the Dresden festival screen two Georgian films and a program of Georgian animation to mark the Georgian-German Year 2017. The cultural anniversary was officially designated by the two governments to mark 25 years of diplomatic relations between the two countries. 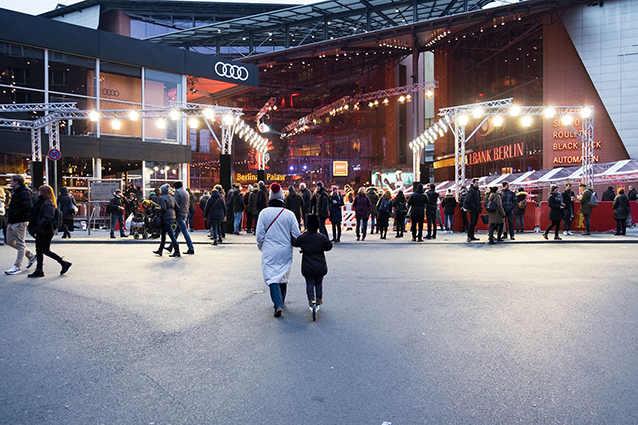 The agreement was signed at the ongoing Berlinale film festival in Germany’s capital. Photo: Ella Krug/Berlinale.

On the Georgian side of the cooperation, the Nikozi festival will host programs of the German event within its 2017 edition, scheduled for September.

The two festival representatives spoke to reporters at the Berlinale to comment on the agreement.

This document and our partnership is a symbol of many years of friendship between Georgia and Germany. We have been collaborating with the Nikozi festival for six years now — what unites us is our love for animation films”, said Kuechler when commenting on the memorandum.

This is another recognition for the Nikozi festival on the international and European market, which we are very happy about. This marks the continuation of our cooperation and friendship”, Kandelaki told reporters in her comments.

This year’s International Short Film Festival Dresden will screen short film Exodus by director Vakhtang Jajanidze, while the Kids section of the event will host the audience to see filmmaker Nino Shaburishvili’s work, Guest. The German festival will run from April 4-9.

The Georgian festival was established in Nikozi, one of Georgia’s oldest villages, in 2001. The event features a film program as well as art exhibitions, performances and workshops led by international cinema professionals.