One of Georgia’s oldest villages and home to early Christian churches and historical monuments is preparing to host the Nikozi International Animated Film Festival.

The fifth annual festival will begin tomorrow in Nikozi village, in central Georgia near the Administrative Boundary Line (ABL) separating breakaway Tskhinvali (South Ossetia) with the rest of the country.

Village locals and guests of the festival, held from September 1-6, will have an opportunity to attend master classes of filmmakers, animators and artists from different parts of the world. Additionally, workshops will be open for children and screenings of internationally acclaimed animations will entertain patrons.

Don’t despair if you’re in Georgia’s capital and want to go to the festival; buses will depart from Rose Revolution Square in central Tbilisi at 12pm on September 1. On the remaining days of the festival buses will leave daily at 9am, free of charge to all users.

Organisers of the event said the animation festival would not be possible without the support of several local and international partners.

We want to thank our long-lasting partners including Georgia’s Ministry of Culture and Monument Protection and the National Film Centre. With the support of the cultural department of the Ministry of Foreign Affairs of Germany, Embassies of Italy and Poland in Georgia, the French Institute, Goethe Institute and the Georgian Film Fund we made the festival even more interesting this year,” said organisers.

During the six-day festival guests can take part in an introductory session about Georgian history, culture and ancient sights. Foreign visitors to the festival are being given extra support through bilateral cooperation, allowing locals and international visitors the chance to share ideas and explore ways to develop the global animation industry.

The annual Nikozi International Animated Film Festival will be held at the Episcopal Palace of the Nikozi Monastery. The Palace was completely destroyed in the 2008 August war however the festival has given the area new life and become a cultural centre for the town’s youth. 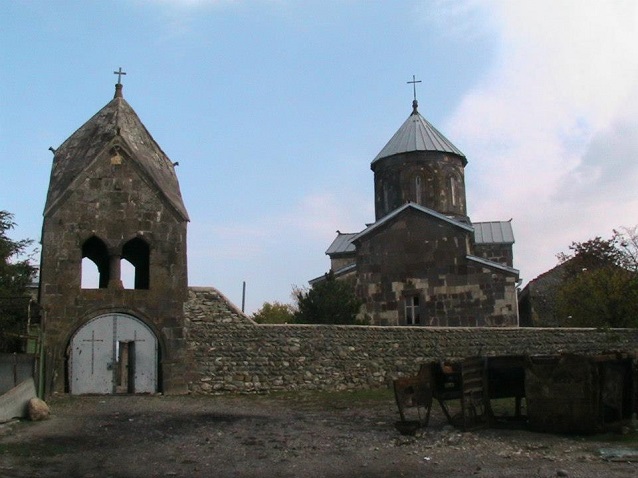 Nikozi is home to early Christian churches where visitors have an opportunity to enjoy early Georgian culture.

With help from Poland’s Ministry of Foreign Affairs, the restoration process began at the Palace shortly after the war ended.

The festival first launched in September 2011 by an initiative of the art school and cultural centre in the Nikozi village. In recent years students from the Spiritual Academy in Alaska participated in the festival’s cultural program and renowned Russian animator and film director, Yuri Norstein also took part.

The idea to establish the animation festival came from the Diocese Metropolitan of Tskhinvali-Nikozi, Isaiah Chanturia and his friends.

In 1995 Bishop Isaiah (Chanturia) became the ruling hierarch of the Nikozi Diocese. Prior to becoming involved in the church he worked as a cartoonist.

At the monastery he organised a small animation studio, which was damaged alongside several other buildings during the Russia-Georgia war in 2008. However later the studio was brought back to life with the help of representatives of some of Georgia’s friends from allied countries.

This was when the Nikozi Art School was founded. Today, the students of this school study animation along with other forms of art.

If you wish to take a look at the Georgian-English version of the upcoming film festival program, click here.