"Since independence we have not sold so many wines in terms of quantity as well as in terms of amount of money,” said Georgia’s Agriculture Minister Levan Davitashvili who today summarised the grape harvest of 2017.

Davitashvili expects that 70 million bottles of Georgian wine will be exported this year as the grape harvest has ended with "unprecedented success”.

The minister stated that this year demand on grape from the private sector was high: 123,000 tonnes of grape have been processed and the income of winegrowers reached 150 million GEL.

In fact the state did not have to buy surplus grape as there was no need for it. The private sector handled grape storing without any delay,” said Davitashvili. 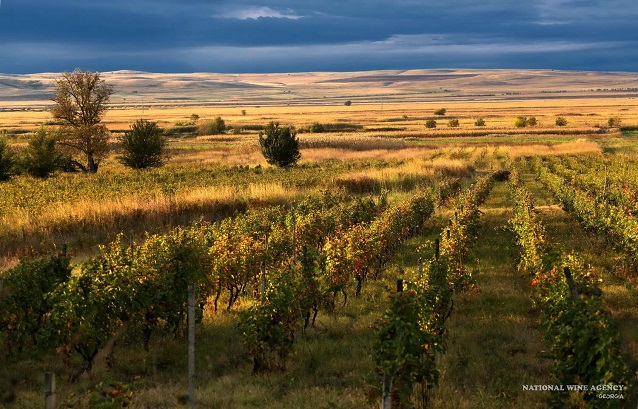 Georgia's Agriculture Minister expects that 70 million bottles of Georgian wine will be exported this year. Photo by Wines of Georgia.

The minister believes that the private sector is stronger and healthier thanks to state co-financing programs.