Three people have died in a plane crash in the Russian occupied region of Georgia – Abkhazia today.

A pilot and two passengers have been deadly injured in a crash the reason of which has not yet been specified. 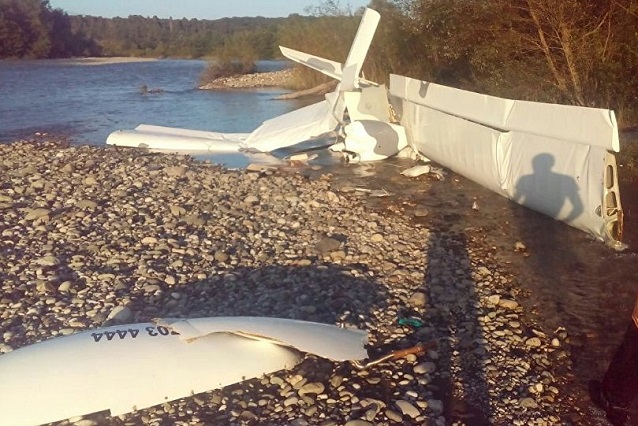 A pilot and two passengers have died in today's plane crash in Bichvinta, Abkhazia. Photo from www. sputnik-abkhazia.ru

Representative of de-facto Abkhazian government Mizan Lomia told Sputnik news agency that the plane belonged to one of the Russian airlines.

Abkhazian media said yet another plane dangerously landed earlier in July. As a result, three people got injured, however that crash ended without serious casualties.