A major Dutch festival will host the international premiere of a film by emerging Georgian director Elene Naveriani this weekend, with works by other Georgian filmmakers also in the program.

Naveriani’s debut feature I Am Truly a Drop of Sun on Earth will screen tomorrow at the International Film Festival Rotterdam (IFFR), which opened on Wednesday.

Running in the western Dutch city Rotterdam, the occasion will host a "high quality line-up of carefully selected fiction and documentary feature films, short films and media art” before it concludes on February 5.

The script of Naveriani’s work unfolds in Georgia’s capital Tbilisi, where two distinctive characters struggle on the fringes of the society that offers them no acceptance.

The story follows illegal sex worker April — recently released from prison — and young Nigerian Dije, finding himself in the Caucasian state instead of the US state of Georgia, where he had intended to emigrate. A bond emerges between the two characters as they try to navigate their lives in the country that has no future for them.

The two principal characters are played by Khatia Nozadze and Daniel Antony Onwuka.

The feature was praised by Cineuropa film portal for the young director’s vision and representation of the characters.

The huge effort of the director to win the trust of her actors (who play themselves) runs through the entire film as an integral part of the filmmaking process,” said the website’s review of the film. 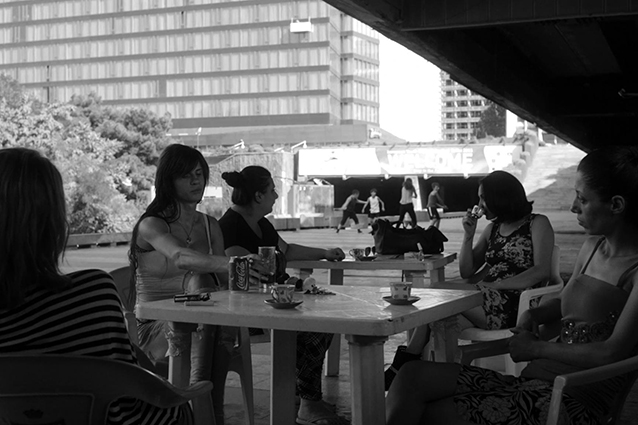 A scene from the feature ‘I Am Truly a Drop of Sun on Earth’. Photo: IFFR.

Born in Tbilisi, Naveriani graduated from the State Academy of Art in 2007 and also holds Master’s degree in critical curatorial cybermedia.

She later moved to Switzerland and graduated from the Geneva High School of Art and Design in 2014. Her debut feature film is produced by Geneva-based Alva Film.

Previously Naveriani worked on short films Father, Bless Us (2013) and Gospel of Anasyrma (2014).

The Georgian filmmaker’s work will screen for five days following its Saturday premiere at the Dutch festival, which includes two other films by Georgian directors. 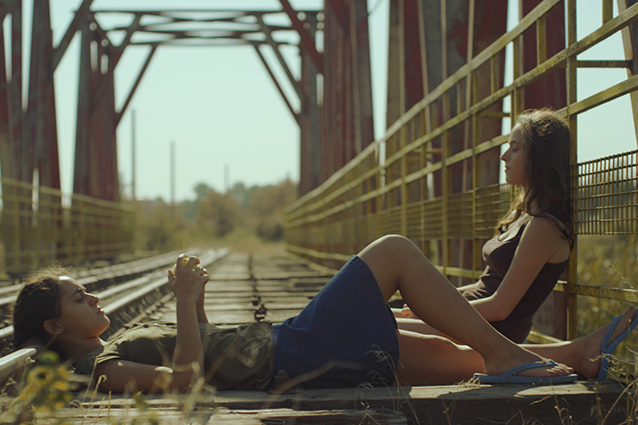 The festival’s section for short films will screen award-winning film Lethe by Dea Kulumbegashvili and Three Steps by Ioseb Bliadze.

Kulumbegashvili's film is a co-production between France and Georgia and was filmed in one of Georgia's mountainous villages, while Three Steps is Bliadze’s second short project and was co-written with directors Elmar Imanov and Giga Liklikadze.

Launched with just 17 viewers on its opening night in 1972, the International Film Festival Rotterdam now plays host to one of the largest crowds for continental film events, with 305,000 admissions registered last year.

The 2016 edition of the festival also included films by Georgian directors, with Ogasavara by Vakhtang Kotetishvili and Father by Davit Pirtskhalava screened within the Voices Short section of the occasion.