Explaining the reasons behind his vetoes, President Margvelashvili said they "weaken democratic process, pluralism and the level of public engagement in the country’s functioning”.

Margvelashvili said no changes related to the election environment should be adopted during the election year, while both of the proposed changes refer to elections and have been approved of prior to the upcoming local elections in autumn. 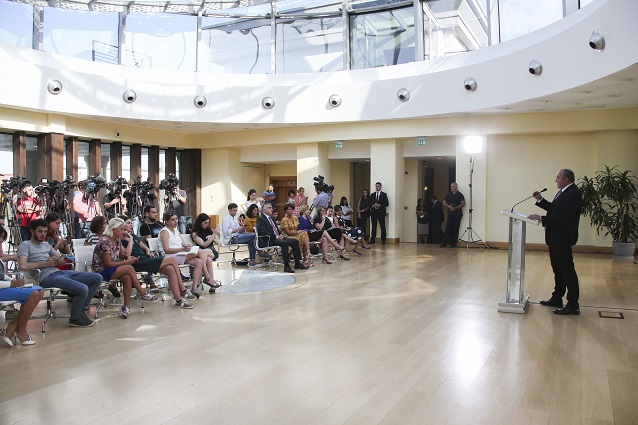 President Margvelashvili has explained the reasons behind his vetoes at today's press conference. Photo by President's press office

He said these cities were given the status during the reforms carried out by the ruling team back in 2014 to help strengthen the regions, while the proposed changes will now have the opposite impact.

President Margvelashvili believes local governance "is the most realistic, unique and effective democratic mechanism” that ensures that the government is efficiently serving its people.

The two vetoed bills will be sent to the parliament tomorrow with the President’s motivated remarks.