The Georgian Armed Forces (GAF) is today marking the 17th anniversary of the Special Operations Forces. 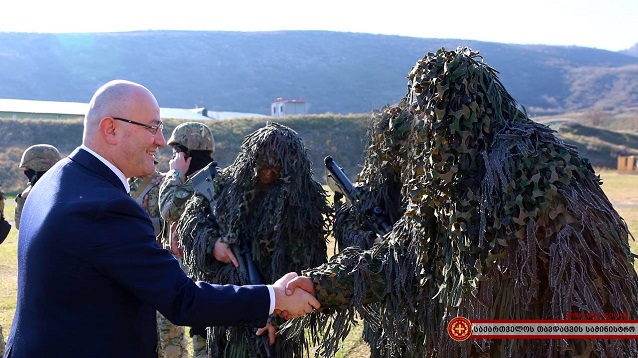 Defence Minister Levan Izoria shakes the hand of a member of the Special Operations Forces. Photo by the Defence Ministry's press office.

The 17th anniversary was celebrated with a special event hosted by the GAF at the Vashlijvari military base in Tbilisi. The event opened with the national anthem, followed by a moment of silence to honour the soldiers who had died while protecting Georgia or serving in international peace missions. 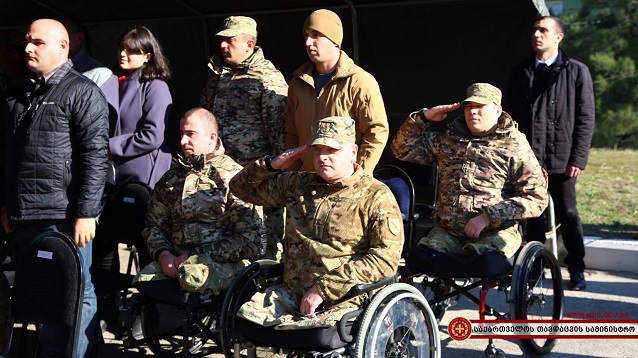 This was followed by a speech from Georgia’s Defence Minister Levan Izoria.

This place not only physically trains soldiers but also forms the Georgian warrior spirit,” the Minister said.

He thanked the soldiers for their service and thanked the country’s international partners for the help they provided to advance the standard of the Special Operations Forces.

Izoria specifically stressed the role of the United States (US), Estonia and Poland. 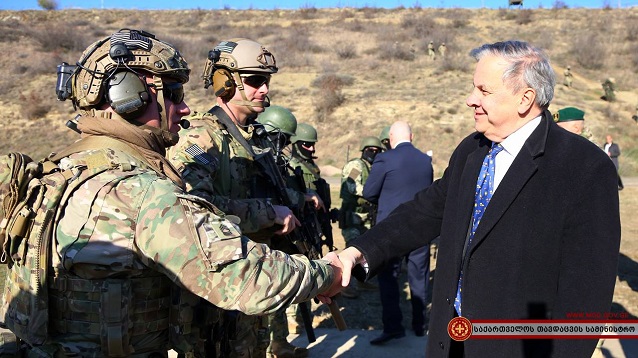 US Ambassador Ian Kelly greets American soldiers at a joint training in Georgia. Photo by the Defence Ministry's press office.

US Ambassador to Georgia Ian Kelly attended today’s ceremony. He praised Georgian soldiers for their bravery and the Georgian Armed Forces for the highs standards they practice.

Within the celebrations, Georgian and American servicemen held a joint demonstrative tactical training.