Georgia and Paraguay are simplifying travel rules for diplomats and business people in an attempt to forge closer ties and encourage bilateral business, economic and trade development.

Georgia’s Ministry of Foreign Affairs announced definitive steps were being taken to grow bilateral relations between Georgia and Paraguay.

Lezcano was impressed with all the opportunities available in Georgia, and after the meeting he decided a business delegation from the South American country will visit Georgia’s capital "in the near future”. 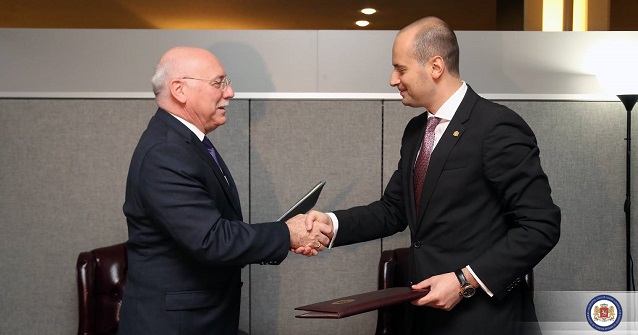 At the same time the pair signed an agreement to launch visa-free travel to holders of diplomatic and business passports issued to nationals of both countries.

On another note, Georgia’s Foreign Minister sat down with Kuwait’s Vice Prime Minister Sabah Al-Khalid Al-Sabah during the UNGA summit. The purpose of the meeting was for Janelidze to promote Georgia and encourage Kuwaiti investors.