Marine experts from Turkey are the latest international players to get involved in a search and recovery operation of two Georgian soldiers who went missing two days ago during a deep sea training dive in the Black Sea off Georgia’s west coast.

A vessel from Turkey’s Coast Guard Service with nine crew on board entered Georgian marine space yesterday afternoon, and is already participating in today’s search and recovery for the two missing soldiers.

Meanwhile a larger ship from the Turkish Navy is expected to arrive in Georgian territory tomorrow morning to assist in the search, announced Georgia’s Ministry of Defence today.

The larger ship is equipped with special sonar and camera equipment used to record the contour of the sea floor and detect items in deep water, and on board are personnel who are trained for such operations. 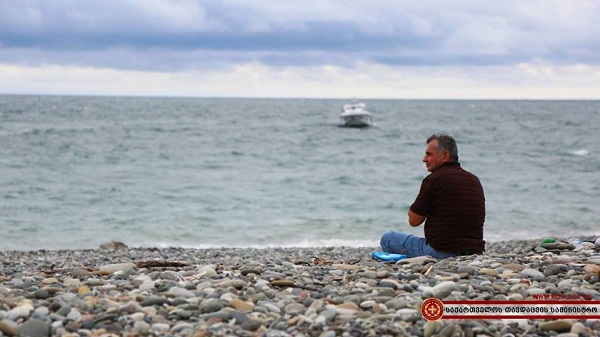 The pair were undergoing mandatory diving training within the scheduled maritime special course in the Gonio region but failed to surface after the planned dive. The training exercise took place on Monday morning.

Georgia’s Defence Minister appealed to Turkey yesterday to assist Georgia in the search and recovery of the two missing men.

I appealed to them with a request as Turkey has expert techniques and experience in this regard,” said Georgia’s Defence Minister Levan Izoria this morning from Gonio, where a search and recovery operation is currently underway. 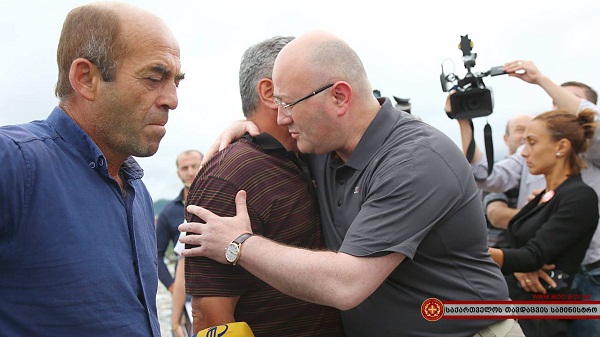 Minister Levan Izoria (R) met the parents of the missing soldiers. Photo by the Defence Ministry.

The Minister also spoke with family members and relatives of the missing soldiers and promised to keep them updated with results of the search activities.

We are one family,” Izoria told the missing soldiers’ parents.

Meanwhile the United States (US) forces assigned to Special Operations Command Europe (SOCEUR), along with local agencies, are also involved in the search and recovery operation, at the request of the Georgian Government.

Georgia’s President Giorgi Margvelashvili, head of the Autonomous Republic of Adjara Zurab Pataridze, head of Staff of Georgia’s Armed Forces, Major General Vakhtang Kapanadze, and other military officials were also in Gonio overseeing the activities at the site.

The Military Police Department has launched an investigation into what went wrong and why.