The Minister of Internal Affairs of Georgia presented Giorgi Aladashvilli as a new head of Tbilisi Police Department yesterday.

The new chairperson of the capital city police headquarter enjoys high-level foreign education and years of experience of working in law-enforcement structures.

In particular, Aladashvili owns Harvard University Master’s diploma and also got educated at Georgetown University in the United States (US) and Hague Academy of International Law. 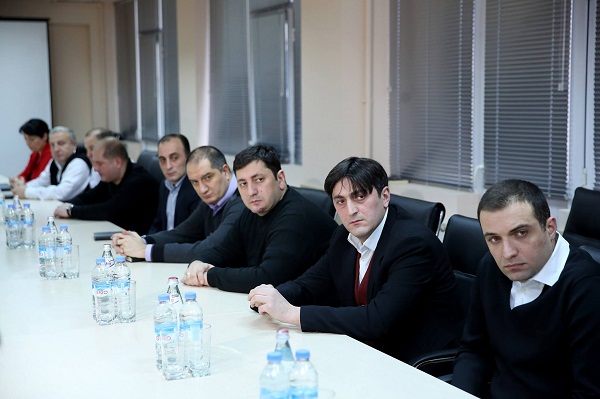 New heads of regional police departments. Photo by the Ministry of Internal Affairs of Georgia.

After several-year of working in the law-enforcement bodies Aladashvili served as an Attaché of Georgia’s Ministry of Internal Affairs to Austria in 2014.

The Minister has also tasked the new officials.