Georgia’s award-winning folk ensemble Rustavi will officially open a new festival of singing in the Welsh capital Cardiff tomorrow, which will be followed by 11 days of performances by international bands and musicians.

The award-winning Georgian choir will present its famous repertoire of songs on June 3 at the Llandaff Cathedral to open the first edition of the biannual Festival of Voice that aims to celebrate "human voice" and "expression".

Rustavi will seek to share the passion of Georgian song with the audience of the festival, which was also created to celebrate Wales’ heritage as the "land of song".

Festival organisers invited visitors of the 11-day celebration to see the "stirring and unforgettable experience" of the Georgian ensemble's live performance. 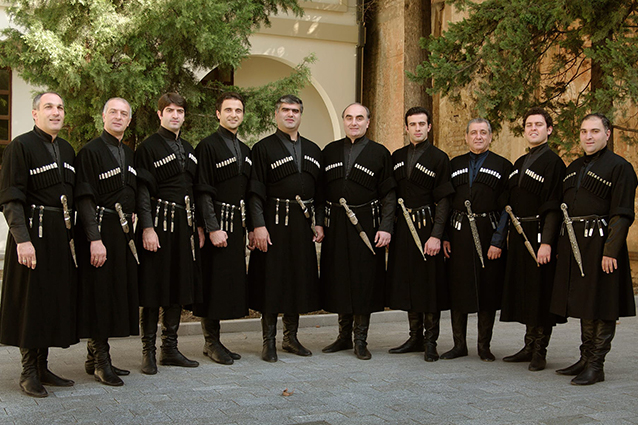 The Georgian folk music band will be among world-famous names performing in the Welsh festival. Photo from the Festival of Voice.

The event’s artistic director Graeme Farrow said the Festival of Voice would prove an "adventure" for its visitors "with around 15,000 people from around the world taking part".

Folk performers, pop artists and soul music singers will be among more than 20 participants of the Festival, alongside Rustavi.

Famous names including South African composer and trumpeter Hugh Masekela and American singer Candi Staton will be some of the event's 78 performances.

The Georgian folk band was awarded the 1993 Albert Schweitzer Prize in Germany for its "high artistic standards and its efforts to promote friendship", and has also received Georgian state prizes for its efforts to enrich and promote the country's famed folk singing legacy.

Founded in 1968, Rustaviensemble has performed at concerts and festivals all over the world, including at top international venues such as the Royal Albert Hall in London, UK, and at Carnegie Hall in New York, US.

The Festival of Voice will continue until June 12. The full program of the event can be viewed here.

See the preview video of the Festival of Voice below: