A unit of the Georgian Armed Forces (GAF) has been invited to integrate into NATO’s Response Force (NRF) after successfully carrying out intensive simulated exercises on a mock battlefield.

A unit of the Georgian Armed Forces (GAF) received approval from the Alliance’s observers following exercises held in Georgia today.

By successfully carrying out a range of exercises, the Alpha Company of the 12th Infantry Battalion, IV Mechanised Brigade can now be used by NATO in its rapid international operations for the next three years.

Military instructors from NATO and the GAF observed the unit's performance in a simulated mission at the Vaziani Training Area, 20km outside capital Tbilisi. 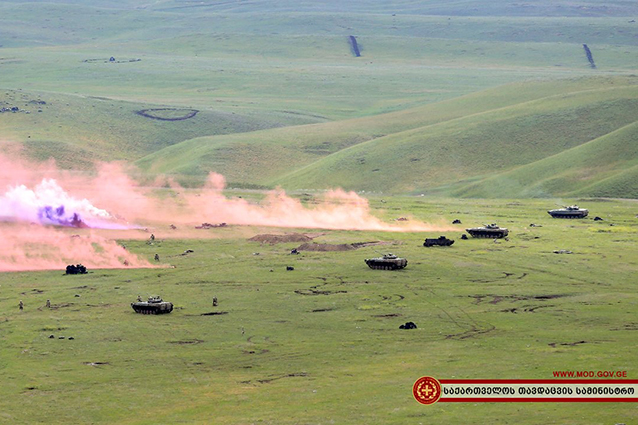 The evaluation mission saw the Unit’s infantry fighting vehicles participate in a simulated assault demonstration. Photo from the Ministry of Defence of Georgia/Facebook.

The exercise scenario also involved transporting an injured service member using a Georgia-made Didgori armoured vehicle from the battlefield to an evacuation site, where he was collected by a helicopter.

The mission was held in the frame of the second stage of NATO Evaluation of Georgian units aspiring to become part of the NRF – a special group established by the Alliance’s to respond quickly to security challenges worldwide.

The Vaziani exercise was attended by Georgia’s Defence Minister Tinatin Khidasheli, Chief of General Staff of the GAF Major General Vahktang Kapanadze and other high-ranking Georgian and NATO officials. 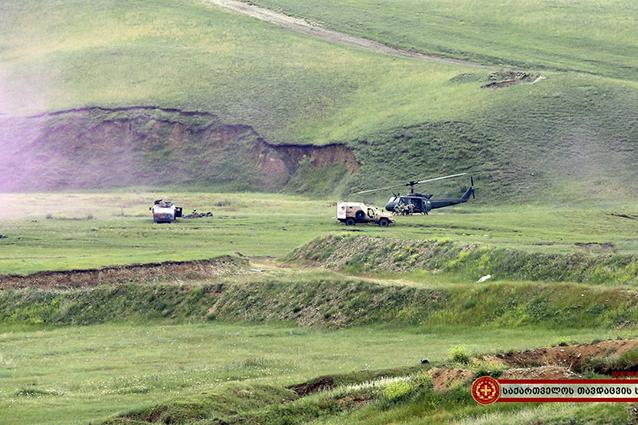 Kapanadze told reporters the exercise was also intended to evaluate the actions of Georgian instructors overseeing the performance of its service members on the training field.

Following the exercise, the GAF and NATO military commanders signed the papers that officially approved the Unit had completed its evaluation program.

The Company is now in combat readiness to participate in any NATO-led operation within the NRF, in case NATO deems this necessary," said First Deputy Chief of General Staff of the GAF Colonel Omar Begoidze at the conclusion of the formal signing ceremony.

The Alpha Company will also undergo re-evaluation every three years to ensure it maintains its skills and abilities learned within the NRF and GAF exercises over the last year.