The Christmas lights in Georgia's capital Tbilisi are among the best in the world, says leading news agency CNN.

The United States-based television network named Tbilisi’s lights among the best festive lights in the world in a piece world festive season celebrations.

The online CNN piece listed 16 images from 14 countries and featured New Year and Christmas trees, illuminated monuments and buildings as well as decorated streets in a display of "how we light up the holidays".

Tbilisi was named on the unranked list among locations in the United States, United Kingdom, Australia and Germany. 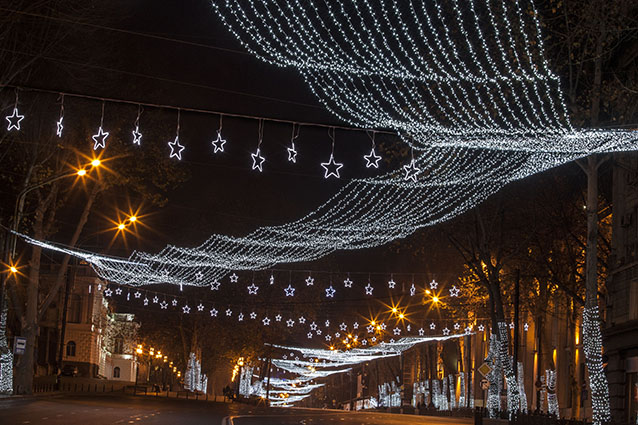 The illuminated Rustaveli Ave in Tbilisi. Photo by N. Alavidze/Agenda.ge.

Lights and decorations were turned on in Tbilisi on December 15. The main New Year and Christmas Tree on Freedom Square was illuminated on December 19.