Parliament of Georgia has ratified a loan agreement that outlines a multi-million Euro loan from a French financial and banking services company to allow Georgia to purchase air-defence systems specified through bilateral agreements signed this summer.

Georgia’s Ministry of Finance will take a loan of €82.82 million from the French Societe Generale. Of this money, €77.63 million will purchase the new air-defence systems while the remaining money would fund other risk management expenses.

The loan was stretched to five years and was backed by France’s export credit agency Coface. Georgia will pay a floating interest rate of between 1.27-2.1 percent.

The ratification of the agreement by Georgia’s legislative body was necessary to practically implement the loan deal. 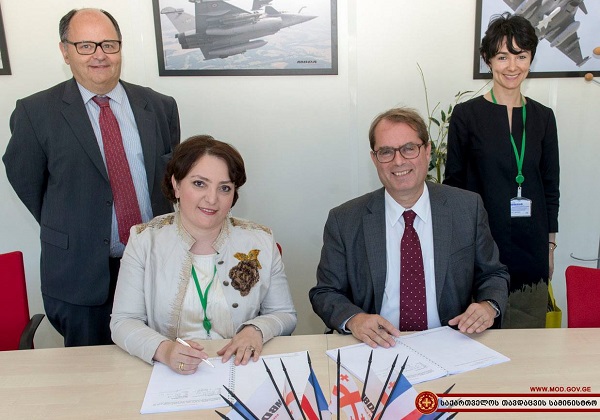 On June 15 this year Georgia’s Ministry of Defence signed an agreement with French-based Thales-Raytheon Systems – a company which produces ground-based surveillance radars and air defence command and control systems.

The following month, on July 10, the Ministry signed another deal with French missile manufacturer MBDA.

The cost and the type of weapons Georgia intended to purchase through the agreements remained confidential.

However through the ratification process yesterday, the total price of the purchase was revealed.

The loan will be spent in several directions: