Orthodox Georgians are today celebrating Saint Barbara’s Day – the great Martyr who was tortured by her own father after she converted to Christianity.

The occasion has been celebrated in Georgia since the 9th Century. The Feast of Saint Barbara is connected with an old Georgian folk tradition to bake lobiani (bean pies). Each year on December 17, Georgians cooking bean pies to show respect for Saint Barbara.

Saint Barbara is a well-loved saint in Georgia and many churches are named after her; there are four in Tbilisi alone. 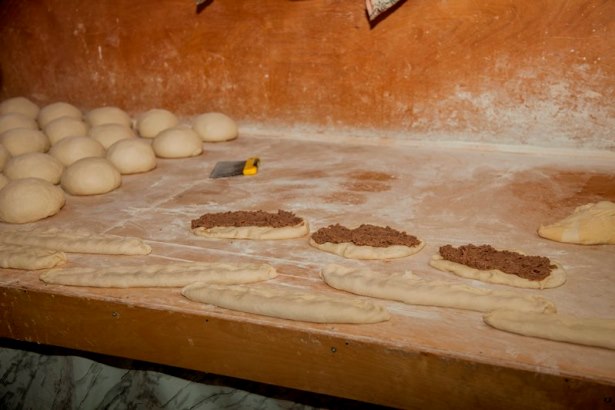 Many Georgian orthodox believers celebrate the day but traditions are varied and comprise of superstitious and pagan rituals, despite Georgia being one of the oldest Christian counties in the world. The day is locally known as Barbaroba.

December 17 is also considered as the Day of Destiny in Georgia. According to this superstition, how this day passes for a person will reflect on what the next year will bring for that person. For example if today is positive, next year will also be positive.

Similarly, Georgians also believe that the first person to visit their house as a guest will influence how much luck the family will have the following year. In Georgia, the first person to come to a family home after midnight and congratulate them on the holy day is called ‘Mekvle’.

Saint Barbara was born in the 3rd Century in the Greek city of Heliopolis in Syria, now modern-day Baalbek in Lebanon. She was the daughter of a rich pagan named Dioscorus, whose wife died while giving birth to Barbara.

Dioscorus carefully guarded his only daughter in a tower but she was still admired by many men. She rejected all potential suitors, so her father released her from the tower and let her walk freely among the people. This was when she met Christian women and secretly converted to Christianity.

Once her father found out about her religion, he attempted to kill her so she fled. She was eventually caught and tortured but Barbara held true to her faith.

As legend states, miracles happened that night as she was held in a prison cell. By morning her torture wounds had healed and fire torches that were used to burn her extinguished when they neared her. 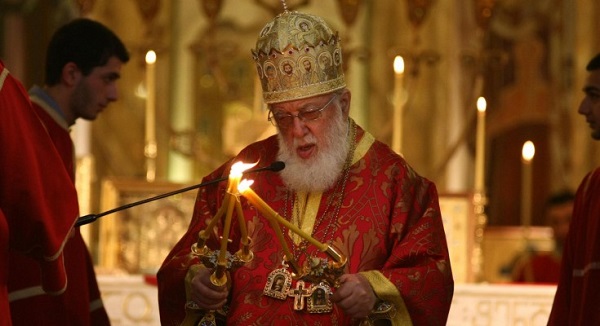 Georgian spirituals appeal to people to attend liturgy for Barbaroba rather to stock to some pagan traditions.

Finally she was condemned to death by beheading – her father carried out her death sentence. However as he walked home his body was struck by lightning and he was consumed by flame.

Saint Barbara is considered as the Patron Saint of Children and Fertility.

In the 6th Century, holy remains of Saint Barbara were taken to Constantinople (modern-day Istanbul, Turkey) and in the 12th Century they were moved to Kiev, Ukraine, where they remain now.

The spreading of Christianity in Georgia started in the 1st Century. By the 4th Century a major percentage part of the country’s population had converted to Christianity.

When it comes to the tradition of baking Lobiani, Georgian historians claim the tradition dates back to pagan Georgia when locals used to bake various food for their Gods and Goddesses.

In pagan Georgia Goddess Barbale was a patron of daylight and her symbol was the sun. At the time people used to make milk porridge and bake Khachapuri (round-shape cheese bread) for Goddess Barbale as a sign of respect. The Khachapuri was also a symbol of the sun as it was round and yellow. Later, Khachapuri was substituted with bean pies, supposedly in the 16th Century when beans appeared in Europe from America.