Georgia is unveiling a Free Industrial Zone in capital Tbilisi, and the opening of the biggest Bitcoin data centre by virtual currency mining giant BitFury.

The main benefit the Free Industrial Zone, which is located in Tbilisi, 17km from the city centre and close to the main airport, offered many benefits including preferential taxes for specific companies. For example, companies that produced products for export in the Zone will be exempt from taxes, except lease tax and income tax [on the salaries of employed people].

This could be Georgian companies who export their products abroad or foreign companies which import raw materials in Georgia, with preferential tax conditions, produce in our country and export from Georgia to foreign markets,” said Tabidze. 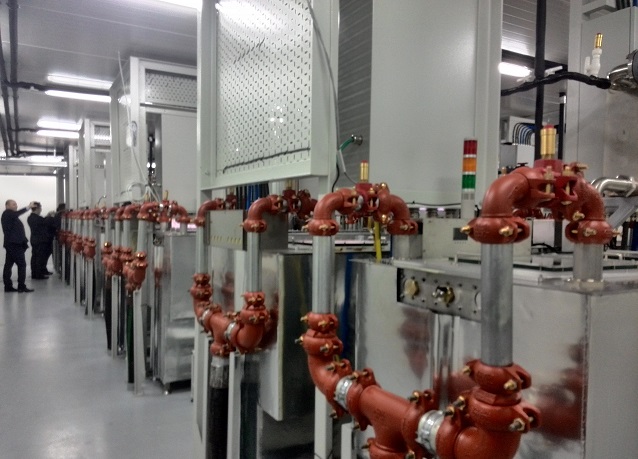 Why Georgia was chosen for this high technology project?

This was BitFury’s second project in Georgia. The company produced Bitcoins in Georgia's Eastern city Gori; Bitcoins are a virtual currency that pays for goods or services on an online network. They are created online and stored electronically.

We are very excited to launch mass production of our super 16nm ASIC Chip. The final results of our hard work have fully met our expectations. We understand that it will be nearly impossible for any older technology to compete with the performance of our new 16nm technology,” he said.

The company has developed its third generation immersion cooling system to create energy-saving data centre cooling systems for high performance computing applications. To cool the systems the company needed to use a large amount of electricity, and as the price of electricity was cheap in Georgia, BitFury selected this country as a preferential place to operate.

BitFury’s activities in the Georgian market prove that the investment environment is improving in our country. Our Government has started to encourage investors. Creating the Free Industrial Zone in Tbilisi will be an additional stimulus for other companies to implement investments here,” said Garibashvili.

It was confidential to announce the number of bitcoins the centre issued each day however BitFurry’s profit sometimes reached $300,000 USD per day, revealed Blockchain statistics.