In three years’ time a new zoo is going to open in Georgia’s capital Tbilisi and once operating it will be one of the biggest zoos in Europe.

Today Tbilisi Zoo director Zurab Gurielidze confirmed a new zoo will be built on a piece of land spanning 48 hectares – six times bigger than the central city location that was devastated in the June 13 flood. The previous zoo was squashed into nine hectares.

Once operational, the new Tbilisi Zoo will be much larger than Berlin Zoo, which is currently the biggest zoo in Europe spanning over 25 hectares.

"The new [Tbilisi] Zoo will have Safari Park elements and all the enclosures will be comfortable for animals,” Gurielidze said. 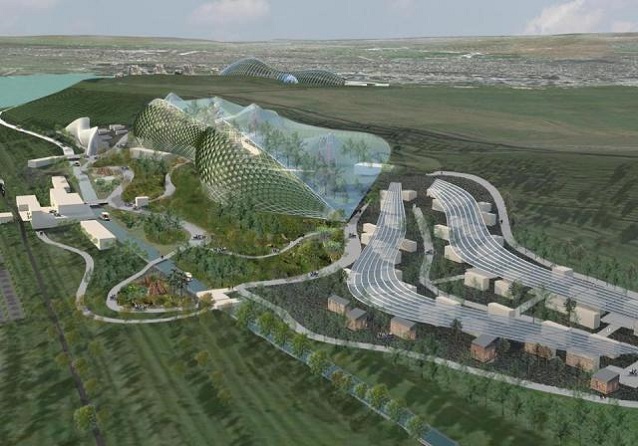 A new zoo will be built on a piece of land spanning 48 hectares – six times bigger than the old Zoo. Artist impression by Netgazeti.ge

At this stage specialists were working on designing projects for the enclosures.

Gurielidze hoped this year the territory fencing works would be finished, for which Tbilisi City Hall had already allocated two million GEL. He believed it would cost about $60 million USD to build a new, modern zoo.

Gurielidze noted the finances needed to build the new facility would be attracted from foreign donor organisations and foundations.

Meanwhile, three months on from the deadly flood that destroyed most of Tbilisi Zoo, the upper section of the animal park is due to reopen on September 13 and operate until a new zoo is built at Tbilisi Sea territory.