Georgia has hosted the sixth round of negotiations of the China-led Asian Infrastructure Investment Bank (AIIB), which elected the Bank’s first president.

Liqun thanked the AIIB member countries for their confidence in him. 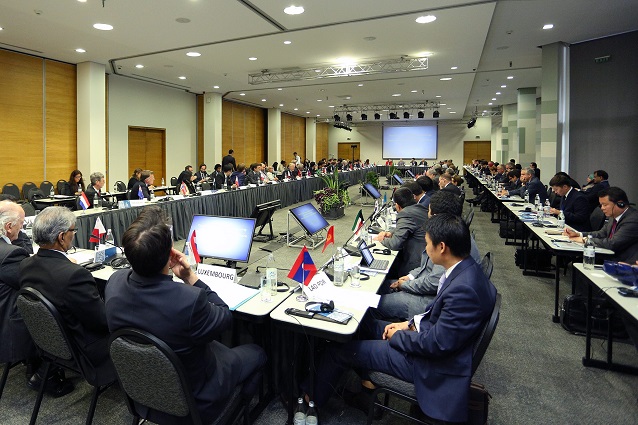 Top officials from 57 countries visited Georgia’s capital Tbilisi on August 24-25 for the sixth round of AIIB negotiations.

I feel a huge responsibility and I will do my best for the Bank to be successful in every member country. I promise I will do everything to improve the living standards of the population of our member countries,” said Liqun.

He thanked Georgia’s Finance Ministry for organizing such a successful meeting.

Georgia will never be erased from my mind and heart,” Liqun said.

After being elected Liqun met Georgia’s Prime Minister Irakli Garibashvili and said Georgia would become one of the main countries where the Bank would operate once it opened.

It was a big honour for us to host the sixth round of negotiations of AIIB and that the president was elected in Tbilisi. We became the first country who ratified the founding document of the Bank. When I visit China I am going to discuss specific projects with the Bank officials,” said Garibashvili.

The AIIB was recently created for the purpose of providing loans for infrastructure projects in developing countries in Asia. Now the Bank's newly-elected president must be reconfirmed by the Board of Governors. The Bank is expected to be operational by the end of this year.

Georgia was the 45th country to join the AIIB in June. By joining AIIB Georgia was able to attract preferential financial resources for implementing infrastructural projects. The capital of the bank was $100 billion USD. The main directions of the bank was stimulating economic development, improving trade connections in Asia by investing in infrastructure and producing.