Tbilisi will be at the centre of the world’s attention during its co-hosting of the FIBA EuroBasket 2022, the European continent’s major basketball event, for the first time between September 1-7. Games of the competition’s Group A, between the national teams of Georgia, Spain, Türkiye, Belgium, Bulgaria and Montenegro, will be held in Tbilisi Arena in the Georgian capital.

Viktor Sanikidze, the President of the Georgian Basketball Federation and former member of the national team, spoke to agenda.ge about how the organisers are working on hosting a tournament of this level in the country, as well as the mood of the national team and the readiness of Tbilisi Arena for the competition. 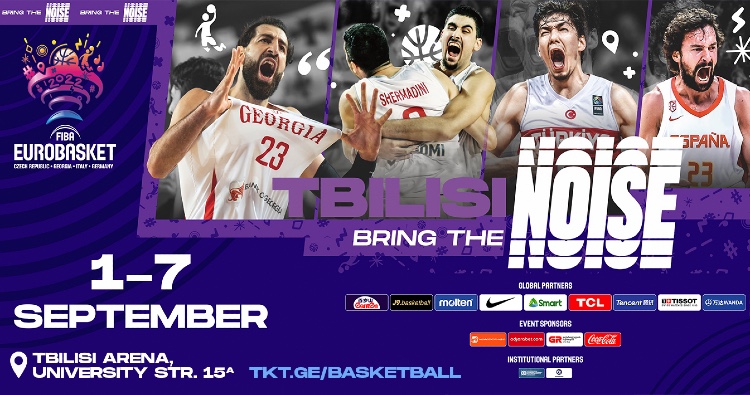 Sanikidze said co-hosting EuroBasket for the first time was a “great recognition” for the country, as the tournament was "one of the largest-scale, popular and highly rated sports events in the world".

"Certainly attention will be paid to our country and the capital by the international sport community. Holding this tournament will give us many benefits, as on the one hand, this sport will become more popular and a source of motivation for the new generation, while it is also a unique opportunity for Georgian fans who have not had the opportunity to attend games of big foreign teams before, to follow very high-level games”, Sanikidze told us.

The Federation official also mentioned the symbolic coinciding of this year’s 100th anniversary of the founding of professional Georgian basketball with the country’s co-hosting the European Championship.

As for the 25,000-square-metre, 10,000 spectator-capacity Tbilisi Arena complex, the construction of which was completed this year, Sanikidze confirmed the venue was “absolutely ready” to receive teams and fans.

The Federation President noted “many challenges” during the construction of the multi-functional arena, including issues related to Covid-19 and a recent fire that broke out on the roof of the building, but said it was “completely in order”, with organisers taking into account all the recommendations and notes from FIBA, the international governing body of the sport. 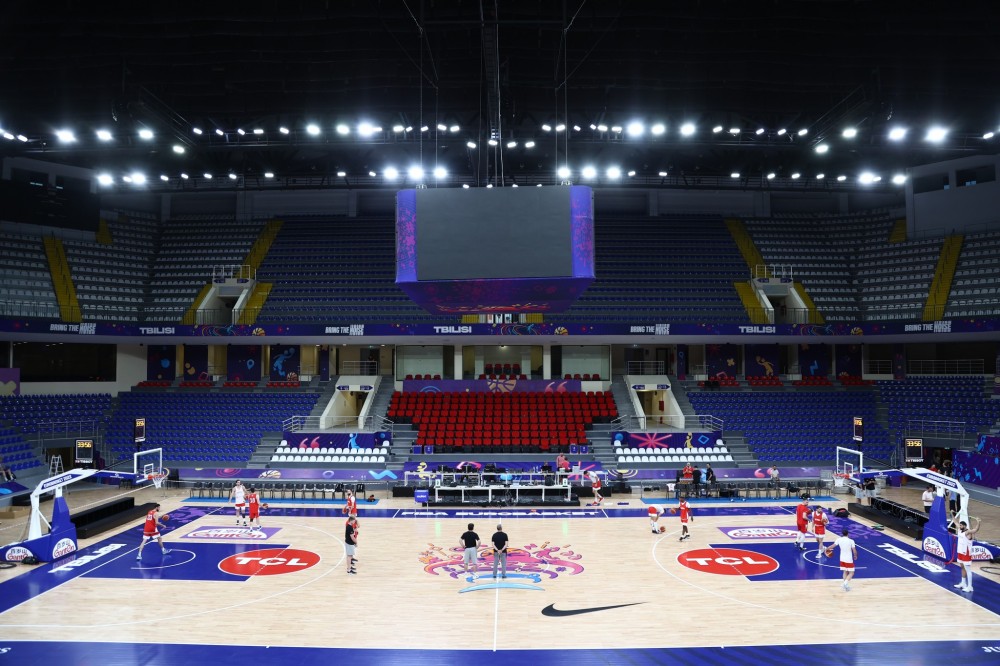 "It is important to note how much the Georgian Prime Minister Irakli Garibashvili was involved in this process, how much we were all committed to the completion of the construction of Tbilisi Arena on time, and to meeting all international standards. A test match was held in the run-up to the EuroBasket launch, and we are absolutely ready - all requirements and criteria have been taken into account,” Sanikidze noted.

He also added the multifunctional nature of the venue would enable it to also host “any cultural or other event” at an international level.

As for the readiness of the Georgian national team for the upcoming competition, Sanikidze emphasised the team’s losing of its captain Tornike Shengelia to an injury had posed challenges to its aims in the tournament, but added basketball was a “team sport” while noting the squad also had other “professionals of a very high level”, allowing an “optimistic mood” around the team’s expected performances. 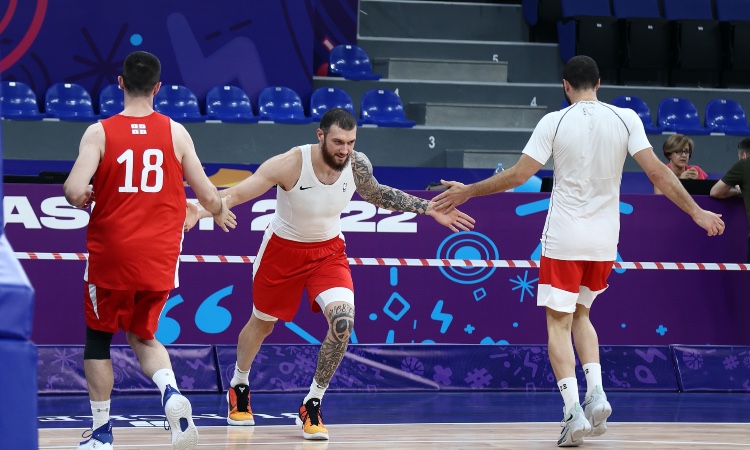 "Even when I was a player, I always said that it is important to go out to win every game, no matter who we face, and that should be the main goal. Now we have the first task to show our strength against the Belgian national team on September 1", the former player said.

The Georgian national team is going into the new season with a new logo, with Sanikidze noting it had many visual features associated with the country, adding he hoped its introduction would “bring new energy”.

He also noted the significance of the support of Georgian fans in giving their team a home advantage in fixtures of the competition. "I am asking Georgian basketball fans to come and support our national team - these guys deserve it," the Federation President concluded in comments to us.