Foreign direct investments (FDI) in Georgia totalled $1.152 billion in 2021, which is two times higher compared to the adjusted data of 2020, the National Statistics Office of Georgia (Geostat) reported in its latest data.

Geostat said an increase in equity, reinvestment of earnings and debt instruments were the main reason for the growth in FDI, with the share of reinvestment in 2021 amounting to 66 percent of total FDI. 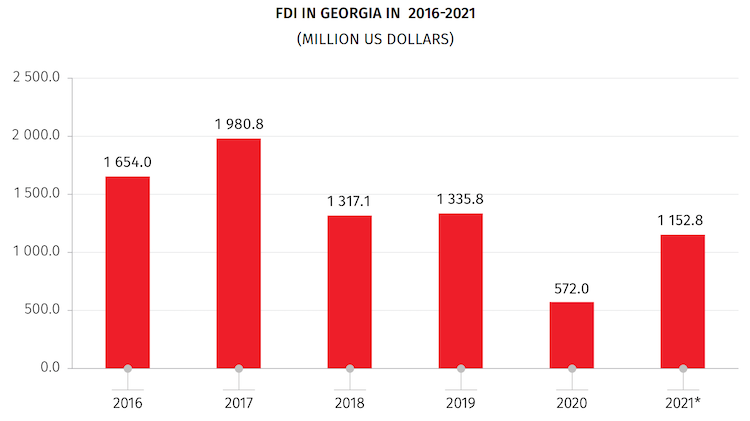 The top three sectors with the largest share of FDI in the third quarter of 2021 were as follows:

The aforementioned three economic sectors in FDI equalled 72.1 percent in 2021.

The top three countries that invested the most in the third quarter of 2021 were:

In the fourth quarter of 2021, the FDI in Georgia amounted to $411.3 million, while in the third quarter of the reporting year it totalled $299 million, marking an increase of 1.4 percent compared to the same period of 2020.