Ruling Georgian Dream party chair Irakli Kobakhidze on Wednesday said the list of “candidates for sanctions on the Kremlin” for Russia’s invasion of Ukraine, released recently by the Ukrainian Anti-corruption Agency and including GD founder and former Prime Minister of Georgia Bidzina Ivanishvili” and several of his relatives, was “absurd”.

In his criticism of the list, Kobakhidze said it “could involve anyone, including [Georgian football player] Khvicha Kvaratskelia [who played in Russia] and [Georgian national basketball team player] Tornike Shengelia [who also previously competed in the Russian championship]”.

Pointing at what he called “the two key problems of Ukraine”, the Georgian politician named the country’s ongoing war with Russia and corruption, and said “instead of combating corruption”, several Ukrainian officials were engaged with coming up with “absurd things like this list”.

Making a mention of David Arakhamia, a Ukrainian politician of Georgian origin who chairs the ruling Servant of the People party in the Parliament, Kobakhidze said Arakhamia and several other Ukrainian politicians - which he alleged were “affiliated with the radical United National Movement party in Georgia” - were trying to “drag Georgia into war” with Russia. 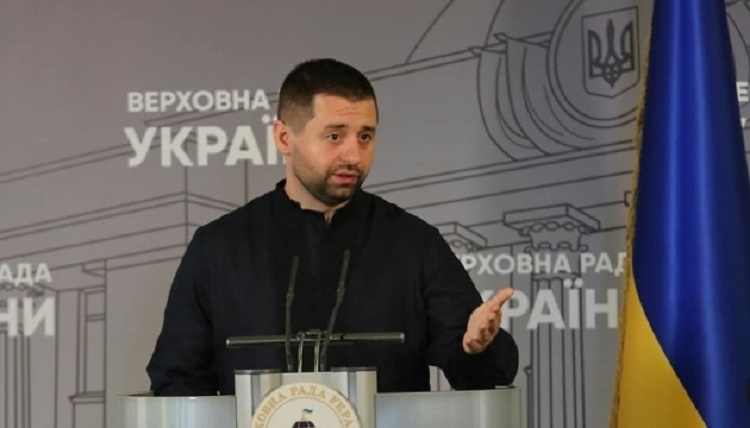 Kobakhidze said that Ukrainian lawmaker and the county's chief negotiator with Russia, David Arakhamia, "backs the destructive goals of the UNM". Photo: ukrinform.

In further comments, Kobakhdze said a former UNM official, who currently serves in a top position of Ukraine’s Anti-corruption Agency, was also behind the list.

For some people, sanctions can be a tool to blackmail others. However, no one will blackmail us to force the Georgian authorities to get involved in hostilities. The high-ranking officials of the Ukrainian Government, on the one hand, tell us not to get involved [into the war], but on the other hand are trying to blackmail us”, Kobakhidze said.

In his video address on Wednesday, Arakhamia pledged “support for Georgia” in the process of “de-oligarchisation”, referencing one of the European Council’s conditions for granting Georgia the European Union membership candidate status, and accused Ivanishvili of “running Georgia from the backstage” and “having close links with Moscow”.

Commenting on the list, UNM leader Khatia Dekanoidze said earlier this week her party had “ensured support” for Ukrainian state agencies in composing the list, which she said was designed “to help Ukraine’s allies and partners” to “identify the people connected with the Kremlin” and sanction them on the backdrop of Russia’s war in Ukraine.