Melia said that the hunger strikes will continue until Saakashvili's release.

He added that people will start hunger strikes on Kakheti Highway, where the UNM central office is located.

We do not have any other right except to attack, except to coerce, in order to make the regime step back... For this reason, I am now going to Kakheti Highway with my friends. I know that many of you will come there until Mikheil Saakashvili is released from captivity. This act of hunger will be termless, Melia told his supporters. 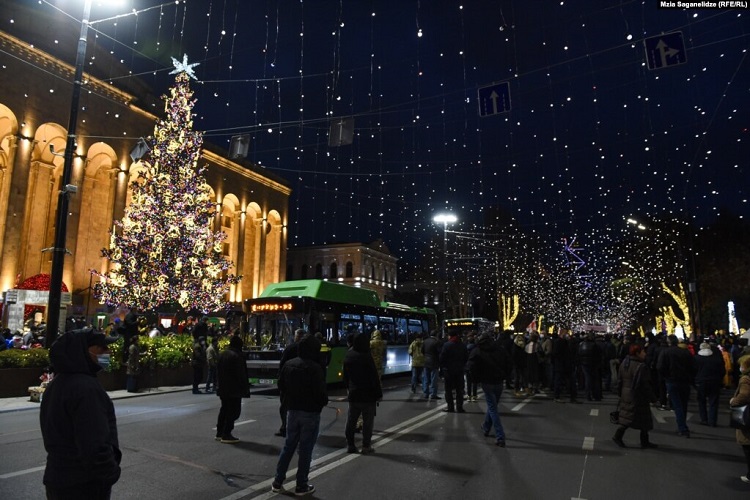 Saakashvili released an open letter earlier this evening, saying that the Georgian people should 'unite' in order to overcome the political crisis in the country.

[What] unites us is not a thirst for revenge, but a common goal to save our country and return it to the Euro-Atlantic family, he wrote.

Saakashvili was arrested on October 1 after his clandestine return from eight years in political exile.

The former president fled Georgia in 2013, a year after the UNM lost the parliamentary elections to Georgian Dream.

In 2018, Georgian court convicted Saakashvili in absentia on two counts of abuse of power and sentenced him to six years in prison.