Georgia has joined the World Antimicrobial Awareness Week (WAAW) which is celebrated annually on November 18-24 and aims to increase awareness of global antimicrobial resistance and to avoid the spread of drug-resistant infections.

Georgian immunologist-allergist Bidzina Kulumbegov says that the problem of resistance to antibiotics and other antimicrobial medicines is a serious challenge facing the world of medicine, noting that it ‘gradually gathers more forces.’

Antibiotic resistance is when bacteria in the body are resistant to antibiotics, medical director of Iashvili Children Hospital and Head of Immunisation Council Ivane Chkhaidze explained.

This is a global issue and overall, 25,000 people die annually in Europe due to antibiotic resistance,” Chkhaidze adds.

Kulumbegov also noted that developing the right strategy for antibiotic resistance is a very important issue, especially in the context of the global pandemic when the use of medications, including antibiotics, has increased.

Biochimpharm, a Georgian biotech company, has more than 80 years of experience in developing and manufacturing bacteriophages which are the only available alternative to antibiotics.

Phages are viruses with bacteria that ‘maintain the bacterial balance on earth.’ Phages do not harm the body's beneficial microflora, unlike antibiotics, and they have no side effects and no contraindications. 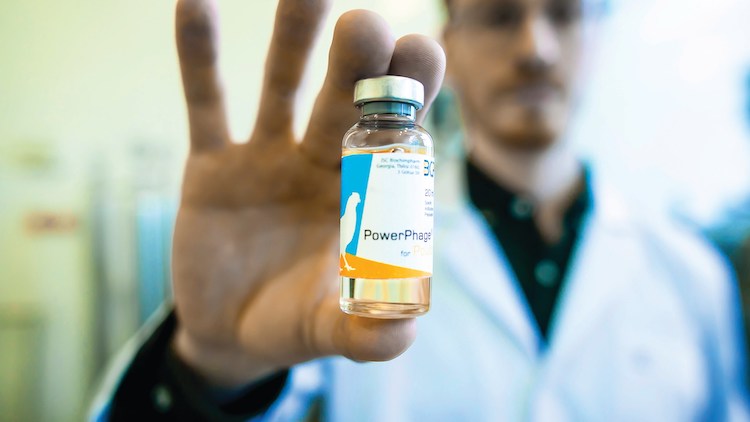 Phage-based medications are indicated for the effective fight against diseases caused by harmful bacteria such as Salmonella, E. coli, Shigella, etc. Photo: Biochimpharm.

Currently, Biochimpharm is undergoing modernisation and the assurance of EU good manufacturing practise (GMP) compliance with an investment of 17.5 million GEL (about $5.6 mln/€5 mln).

The General Manager of the enterprise, Rati Golijashvili, says that Biochimpharm will become the first GMP certified enterprise of phages in the world starting 2022.

Biochimpharm is based on the historic Bacteriophage Enterprise established in the 1940s, which supplied bacteriophages to the entire Soviet Union and Eastern Europe for 50 years.

Currently, the enterprise exports phage-based remedies to eight countries, while the investment will enable the company to sell its products additionally to more than 50 countries.