The Georgian Interior Ministry has launched an investigation into the recent attack on opposition United National Movement (UNM) headquarter in the town of Rustavi.

UNM mayoral candidate Davit Kirkitadze reported earlier today that the participants of the October 14 anti-opposition rally were among the offenders.

There was an attack on our office, an attempt to rush into [the building] and [our] interfere in ]political activities”, he said.

The Georgian service of Radio Free Europe/Radio Liberty reports that three people, including the two newly elected UNM members of the City Council (Sakrebulo) have been injured during the incident.

The witnesses meanwhile claim that the ruling Georgian Dream party member of the Sakrebulo Amiran Janjghava was among the offenders. 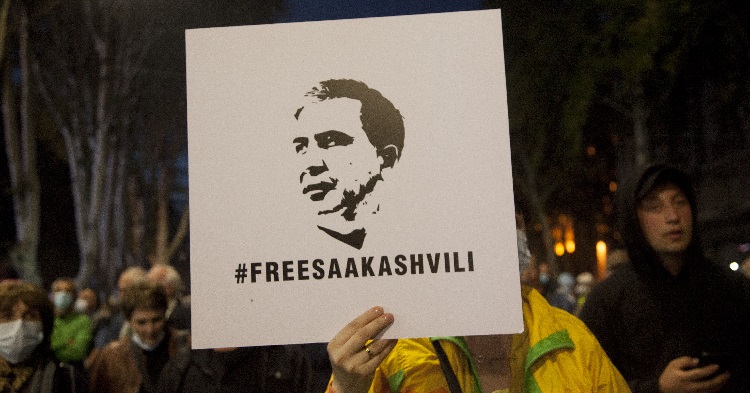 UNM chair Nika Melia and other members of the opposition coalition have called on the law enforcers to be punished. They later held a rally at the Rustavi No. 12 penitentiary facility in support of the detained ex. president, Mikheil Saakashvili.

Rustavi is one of the five self-governing cities where the municipal run-offs will be held on October 30 with UNM member Davit Kirkitadze competing with the ruling party candidate Nino Latsabidze.

Calling on everyone for peace the ruling party chair Irakli Kobakhidze has condemned the violence especially ahead of the municipal run-offs.