German airline Lufthansa has carried out the first commercial flight since the coronavirus lockdown today, from Tbilisi to Munich.

188 passengers arrived from Munich to Tbilisi and 156 departed to Munich", reads the press-release published by Tbilisi and Batumi International Airports.

During the first regular flight to Munich, all passengers were given TAV branded masks by airport staff.

Lufthansa will carry out flights twice a week with an Airbus A321-200 type aircraft. 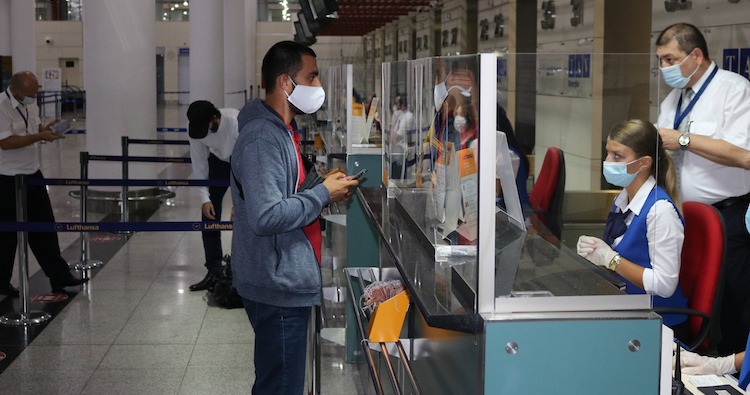 During the first regular flight to Munich, all passengers were given TAV branded masks by airport staff. Photo: Tbilisi and Batumi International Airports.

Flights from Munich to Tbilisi will be carried out on Thursdays and Sundays, with Tbilisi-Munich flights available on Mondays and Fridays.

Georgia has opened its borders for travellers from five countries: Germany, France, Latvia, Lithuania and Estonia, all of which have also opened borders for Georgia.

In addition, Georgia remains on the European Union's updated list of countries for which travel restrictions should be lifted.