A new premiere of the opera classic Tosca will mark a return of Giacomo Puccini’s masterpiece to the Georgian scene next week, through a collaboration between the Tbilisi Opera and Ballet State Theatre and the Festival Puccini in Torre del Lago, Italy.

A bill of six shows for the joint production will unveil the staging by director Giancarlo del Monaco, first presented at the Italian festival last year.

The latter said following his first rehearsal with the Georgian orchestra the performers had conveyed a “marvellous” impression of the “Italian style” of the composer.

See the Tbilisi Opera and Ballet State Theatre's preview video for the new ‘Tosca’ production below:

Martinenghi has spent his time between conducting at leading Italian opera houses since 1997, in productions including La Traviata, Don Pasquale and Othello.

The conductor has directed orchestras in performances of Tosca at events including the Avenches Opera Festival and Tenerife Opera Festival.

His musical direction will be brought to the stage by the orchestra, as the first show of the bill opens its doors on April 5.

See Gianluca Martinenghi speak about his impressions of working on ‘Tosca’ in Tbilisi below:

The Tbilisi opera also spoke to the costume designer for the production in the run-up to the premiere, with Martin noting she was “excited to come back to Tbilisi” for the show after working with the theatre on previous productions.

[For Tosca] I choose a very accurate historical style with period patterns, trying to recreate the essence of the beginning of the [19th century].”

Handmade embroideries, accessories and jewelry are the final piece of this puzzle that I dreamed of creating for so many years,“ Martin said in her comments.

Premiered in Rome in 1900, Tosca is based on a play by Victorien Sardou, which in turn is set in the Italian capital, on the backdrop of the country’s invasion by armies of Napoleon Bonaparte. 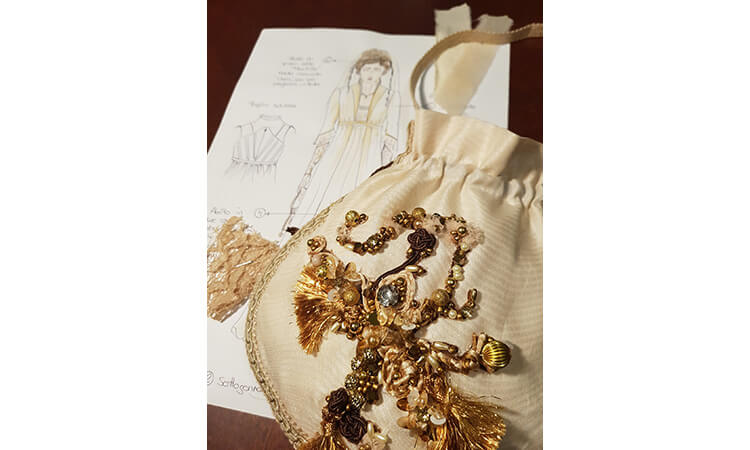 The opera had its Georgian premiere only four years after its debut at the Teatro Costanzi, with performances in the Georgian capital involving leading local singers into the 1990s.

The Tbilisi company will dedicate the first of the premiere performances to the memory of celebrated Georgian soprano Tsisana Tatishvili, who spent nearly four decades performing at the troupe starting in 1963.

A star in the name of the celebrated singer and laureate of numerous Georgian state prizes was unveiled outside the Tbilisi Opera and Ballet State Theatre in 2010.

Tosca will be presented in the bill hosting theatre-goers between April 5-14.