Georgian border guards of the Ministry of Internal Affairs are constructing a small home for Gogia Gigauri, the only resident of the village of Blo, in Georgia’s mountainous Khevsureti region, the ministry reports.

The Ministry of Internal Affairs of Georgia has released the video:

Mtis Ambebi news agency, which has dedicated several stories to the only man in the village and has been campaigning for the house, reports that an avalanche destroyed Gigauri’s house back in 2015 and he has spent winters in a tent since then, for four years.

Gigauri, 45, has spent 22 years in solitude in the mountainous village. 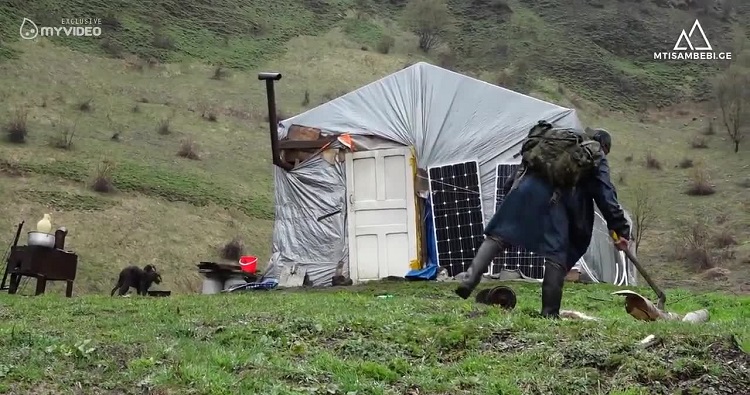 The tent where Gigauri has lived. Photo: Mtis Ambebi.

The border police personnel has collected money for the house, bought constructing materials and transported them to the village via a border police helicopter,” the Interior Ministry reports.

The ministry says that the construction will be completed in several days and “Gogia will spend the winter in his house.”

The village is located 2,000 meters above sea level.