Paintings by Georgian children who visualised their wishes for future development of their country are now on display at the Asian Development Bank headquarters in Manila, Philippines.

The colourful works created by fourth and fifth graders of a Tbilisi school, used for a 2019 ADB calendar, have been reproduced on canvas and can now be found in the interior of the institution's offices.

The paintings were first hung at the bank's Resident mission before also being displayed at the HQ in Manila, where they have been "inspiring thousands of ADB staff and visitors from all around the world," ADB said. 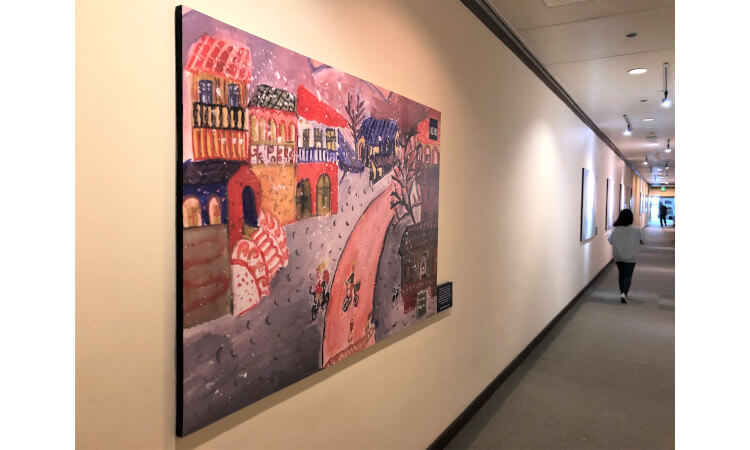 The children who submitted their works earlier this year were inspired by subjects including healthy environment, well-designed urban space and transportation for their vision for the country.

Taking their wishes of seeing bicycle lanes in cities, uninterrupted water supply to countryside and reduction of traffic on roads to canvas, the young creatives also submitted their comments for their wishes of "peaceful environment", "beautifully arranged streets" and more.

The institution's HQ in Manila is the workplace for over 3000 employees including those from Georgia, which joined member states of ADB in 2007.

The ADB has worked in Georgia in support of the country’s development since 2007 and is one of Georgia’s largest development partners.

These include urban mobility, road improvement in countryside, coastal road safety and development of recreational space.