Georgia is celebrating the 74th anniversary of the victory over fascism when Nazi Germany was defeated by allied forces and the World War II came to an end.

On this date, WWII veterans, state officials and the public gather at Vake Park to commemorate the day and lay wreaths at the memorial to the Unknown Soldiers. 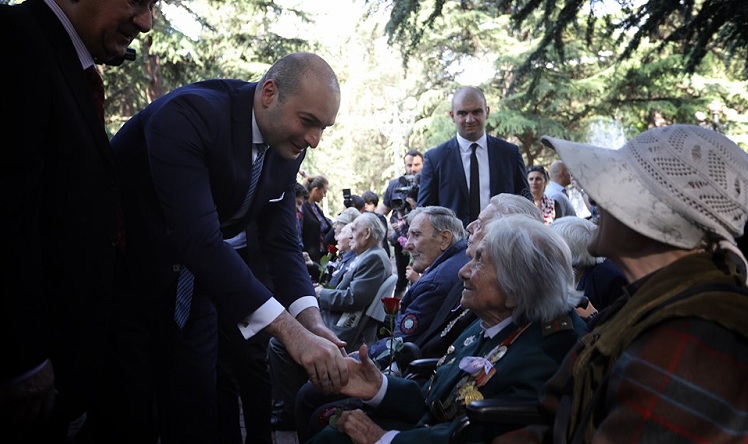 Prime Minister Bakhtadze stated the day is of special importance in the history of mankind.

Georgia’s sacrifice is big in this war. Hundreds of thousands of Georgians fell heroically on the battlefield,” he said. 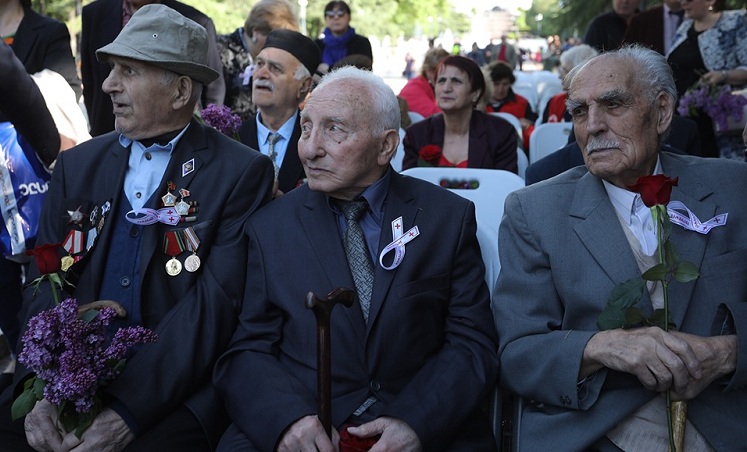 The veterans will receive 600 GEL from the government. Photo: Prime Minister's press office.

The official surrender of Nazi Geremany was signed in Berlin in the late evening on May 8, 1945, which was early morning on May 9 in Eastern European time, which is why Victory Day is celebrated today in Georgia. Other countries in Western Europe mark the occasion annually on May 8. 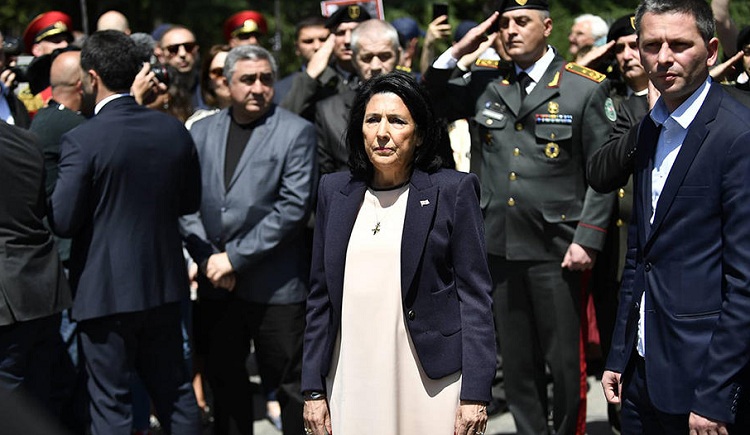 President of Georgia Salome Zurabishvili congratulated the veterans on the day. Photo: IPN.ge.

Up to 700,000 Georgians served in WWII and nearly 400,000 died, according to the numbers released by the State Service of Veterans Affairs of Georgia. 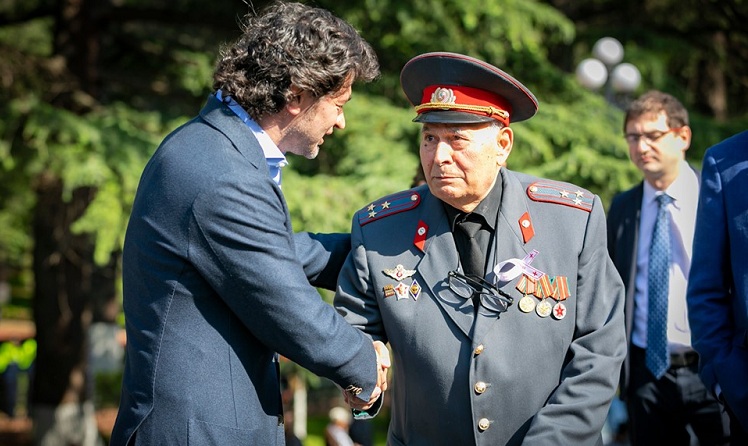 Each of them will receive 600 GEL from the government.