The Government of Georgia has recognized the 26 centuries of Georgian-Jewish relations as intangible cultural heritage.

PM Giorgi Kvirikashvili said late yesterday at a special event dedicated to the announcement that Georgia has addressed UNESCO to also recognise the unique relations and give them the status of intangible cultural heritage.

The PM made the statement in Tbilisi’s David Baazov Museum of History of the Jews of Georgia to mark the important day and the decision.

26 centuries ago, the Jews settled in Georgia and since then we have jointly created a common cultural heritage, which has made both Georgian and Jewish cultures diverse. A 26-century friendship is impossible without the strongest love. 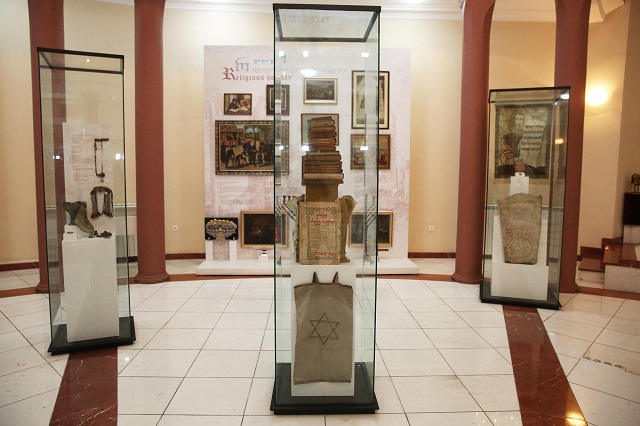 Jews are reported to first arrive in Georgia in the 6th century BC. Photo by the Prime Minister's press office.

Anti-Semitism has never existed in Georgia, and the two countries’ centuries-old bond and love speaks to  this,” Kvirikashvili said.

Kvirikashvili stated that the government of Georgia is waiting for the international recognition of the friendship as intangible cultural heritage by UNESCO.

Georgian Jews are one of the oldest communities in Georgia, tracing their migration into the country during the Babylonian captivity in the 6th century BC.