11 days since the death of Archil Tatunashvili - what have we learned?

The body has not been handed over to the Tatunashvili family for burial and two other Georgian citizens Levan Kutashvili and Ioseb Pavliashvili, detained with Tatunashvili on February 22, still remain in the occupied region.

Based on the information received in the last few days and hours, it is reasonable to state that our efforts will bear fruit and we will be able our compatriot to rest in the nearest future,” the Georgian Prime Minister Giorgi Kvirikashvili has stated.

The Patriarchate of Georgia has announced that through the request of the Georgian Patriarch Ilia II Russian Patriarch Kirill has become involved in the body-transfer process. 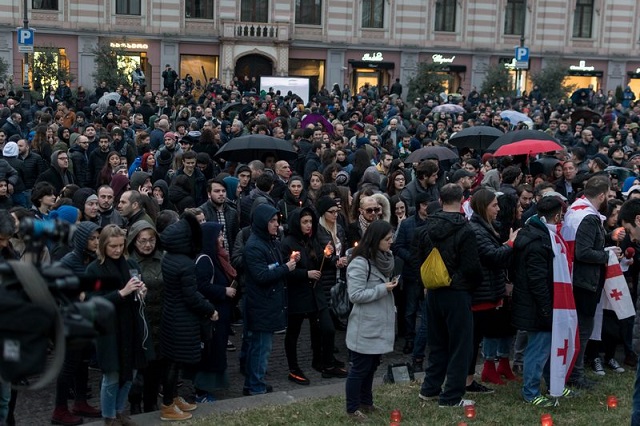 People gathered at the Freedom Square in the centre of Tbilisi today to condemn death of Georgian citizen Archil Tatunashvili. Photo by Netgazeti.

His holiness Kirill stated that at the request of His Holiness Ilia II, the former has become involved in the transfer of Archil's body to the family and will try to achieve this anime in the shortest possible time,” the Georgian Patriarchate wrote.

The Public Defender of Georgia has met with the family of Archil Tatunashvili in the village of Tsilkani, in east Georgia.

We have sent information to all international organizations and we are trying to accelerate the transfer of the body. This is the primary goal of the family and the state of things at this stage.

It is difficult to specify exactly how long this process will last. Getting information from the occupied region is complicated,” Lomjaria told the media after the meeting.

The International Committee of the Red Cross has expressed readiness to take part in the transfer of Tatunashvili's body to Georgia-controlled territory.

The International Committee of the Red Cross, which is a neutral, impartial and independent organization, is following this issue. We have a dialogue with relevant agencies and we are ready to take part in the transfer of Tatunashvili's body," Diana Japaridze from the Red Cross stated. 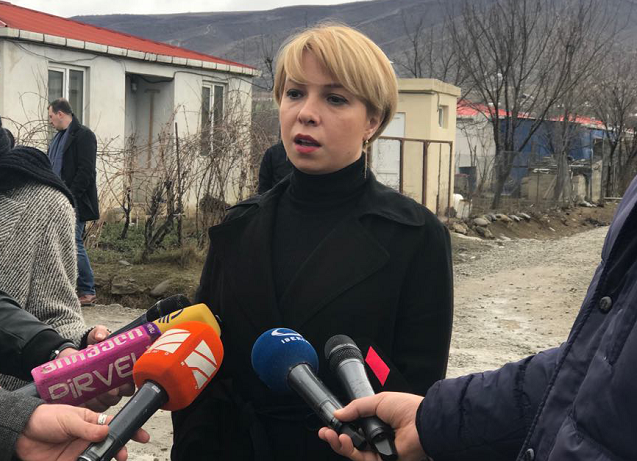 The UN Resident Coordinator in Georgia Niels Scott stated that the most important thing is for Tatunashvili's body to be immediately handed over to the family.

The United Nations is very concerned about Tatunashvili's case and we demand a transparent investigation that will provide information to all parties concerned, but of course, first of all, it is crucial that the body be immediately handed over to the family and the other two people to be released," said Niels Scott.

The US Ambassador to Georgia Ian Kelly stated today that it was "unclear to him” why the body has not been handed over yet.

He said that the US Government fully supported the Georgian authorities in its actions in the case.