Georgian President Giorgi Margvelashvili has met with the Greek Prime Minister Alexis Tsipras during his two-day visit to Greece.

At yesterday’s meeting Margvelashvili and Tsipras highlighted that cooperation between Georgia and Greece during the past centuries has been based on European values.

#Georgia’s #European choice was made when my country and #Greece similarly envisioned the future of the development of our countries and region.

Prime Minister Tsipras once again reiterated his country’s support for Georgia’s aspirations to join the European Union (EU) and NATO.

Welcoming the positive dynamics of economic cooperation and trade turnover between Georgia and Greece, the parties further discussed particular steps for deepening relations in trade, tourism and business. 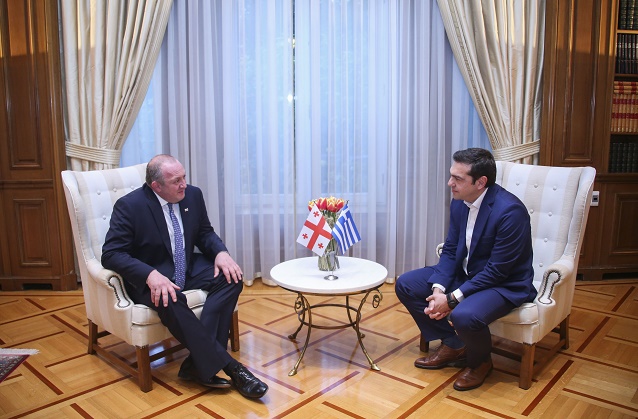 Margvelashvili and Tsipras believe joint effort is necessary to resolve conflicts and ensure stability in Europe.