Opposition coalition Strength in Unity is protesting the results of the Georgian presidential election which resulted in the victory of pro-government candidate Salome Zurabishvili on Rustaveli Avenue.

The opposition says they do not recognise the results of the elections and demand early parliamentary elections.

“These have not been elections. This was a criminal special operation against the Georgian people,” Grigol Vashadze told several thousands of supporters at the demonstration adding that the opposition is preparing a suit with its lawyers to demand the cancellation of the presidential elections results in the court. 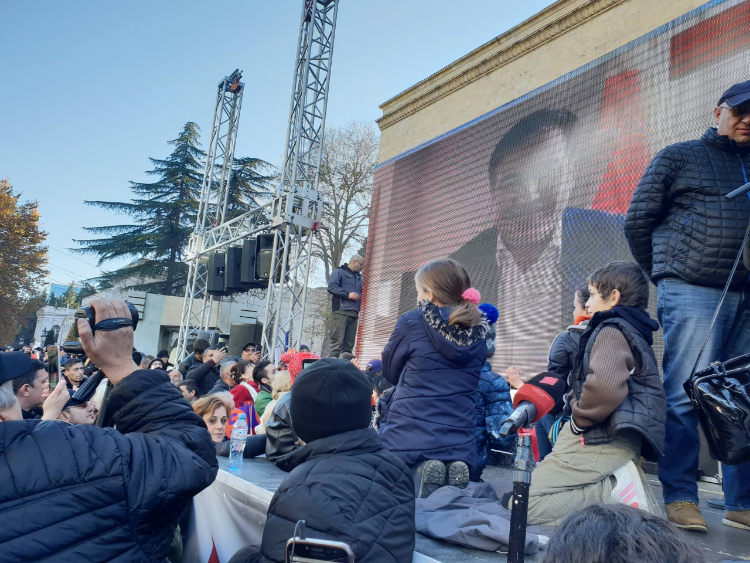 Ex-president of Georgia Mikheil Saakashvili who has been actively involved in the election campaign of Grigol Vashadze from abroad and called on UNM supporters to start a ‘civil disobedience movement’ on November 28, has also addressed protesters on Rustaveli Avenue via a Skype call today.

He promised he will fight next to the opposition supporters ‘as soon as they decide so.’ 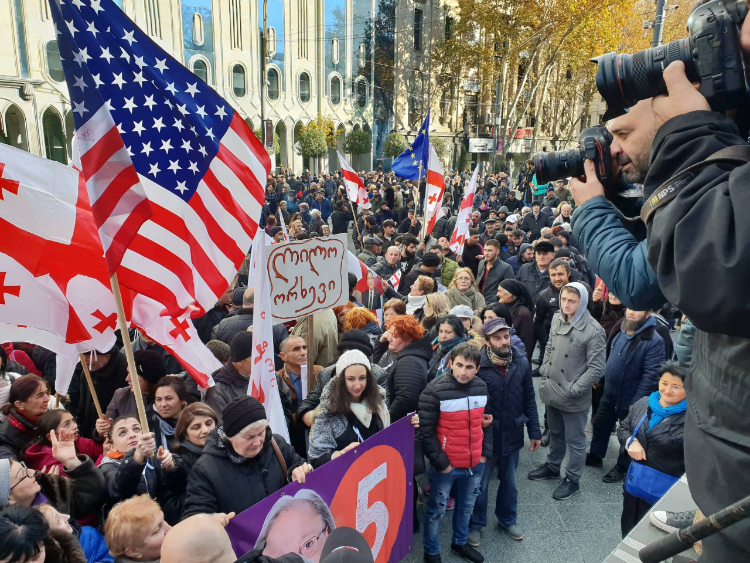 The number of opposition supporters at today’s rally has been a hot discussion topic among social media users in Georgia.

The drone shot by Public Broadcaster during the opposition rally on the left, on the right  - crowd near the tribune, photo by Nino Alavidze/Agenda.ge

Agenda.ge’s reporters have estimated the number of people using classical method based on metrics of the square of the area and the density of the crowd. Through our calculations, we believe that the number of supporters gathered at today's rally is up to  8,000.