The party leadership says that Okuashvili is acting in tandem with the United National Movement opposition party to avoid financial responsibility.

Okuashvili is the founder of Omega Group, a corporation uniting vehicle and cigarette companies in addition to a media company.

Okuashvili says the debt he and his company face, some 50 million GEL to the state budget, is the result of the government’s foul play and dumping on the market.

Okuashvili also claims that founder of the Georgian Dream party Bidzina Ivanishvili demanded four million GEL from him to regain the 25 million GEL he suffered under the United National Movement leadership in 2004-2005.

Rustavi 2 reports that Okuashvili has also fingered the two top Georgian banks, TBC and the Bank of Georgia, in their complicity in the “illegal activities against Omega”. 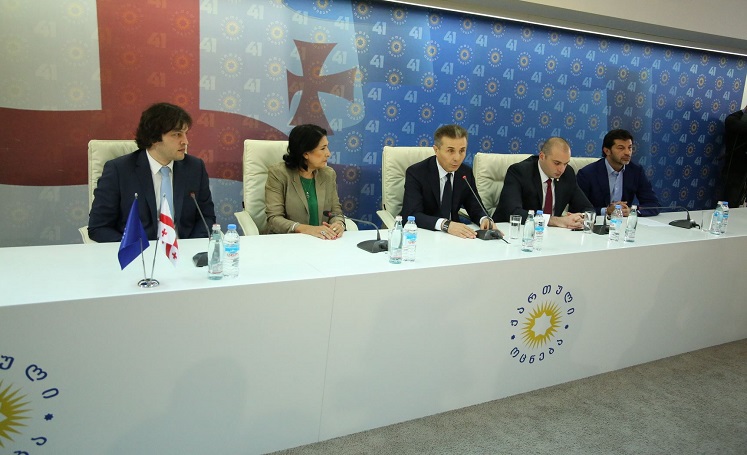 What is the Omega case?

Omega says that under the Georgian Dream leadership its cigarette company OGT suffered $100 million in losses after multinational company British American Tobacco, “which was lobbied by the Georgian Dream government officials”, violated the laws on competition and tobacco control.

The corporation says that they had to take loans to cover their necessary expenses for the corporation’s staff and their dues to the state, however, they failed to meet their financial obligations.

Omega Group says that they appealed to the government in 2017 to have their debt restructured, “but the government ignored the problem” which led to a further increase in financial debt and the interest rate.

Okuashvili, who had to leave Georgia under the previous United National Movement leadership and managed to restore his business activities in the country  under the Georgian Dream government, says that the founder of the Georgian Dream party Bidzina Ivanishvili took four million GEL from him "for help".

Okuashvili says that he had intended to “cheat Ivanishvili”, by transferring the four million GEL to a TBC account but remove the amount several hours later.

According to Okuashvili’s version of events, the TBC bank leadership was forced to violate mandatory procedures by allowing for the withdrawal of the amount during non-working hours. 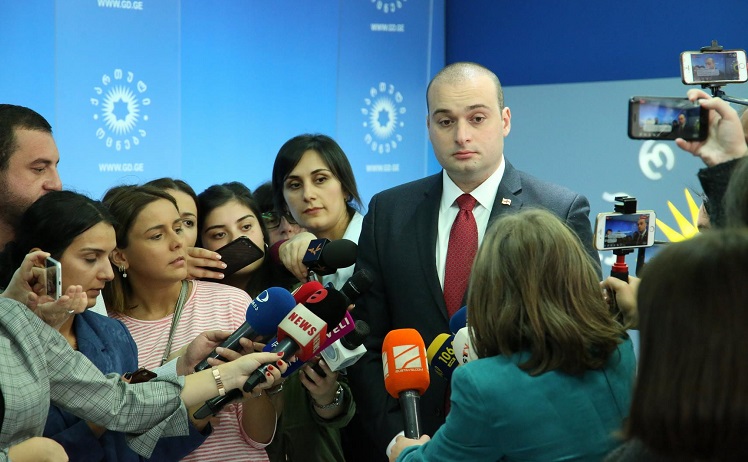 What does the government say?

PM Mamuka Bakhtadze says that the government was involved in the restructuring of the corporation’s loans two times but Omega violated the payment terms twice.

He stated that the Georgian Dream government has done its utmost to help the corporation function normally, while now Okuashvili is trying to avoid financial responsibilities through “telling lies and staging TV shows.”

Ivanishvili told the media that Okuashvili’s statements were “funny” as the business sector has enjoyed “huge support” under the Georgian Dream government.

Both banks mentioned by Okuashvili say that the businessman is lying.

The Bank of Georgia says that the current amount owed by Omega Group amounts to more than 84 million GEL.

Okuashvili is trying to politicise the case to avoid financial obligations,” Bank of Georgia says.

TBC bank reported that they will sue Okuashvili for his statement claiming that the bank had violated the laws governing certain procedures under government pressure.

The Georgian Chief Prosecutor's Office stated today that they are investigating the Omega issue and  all the audio footages which have been released by the media regarding the case.