Georgian PM: We should prepare Georgia for NATO, EU membership

Georgian Prime Minister Mamuka Bakhtadze has stated that the government should prepare the country for membership in NATO and the EU and as soon as soon as the decision about the membership of Georgia is mature, Georgia should join the alliance and the EU.

The PM made the statement in response to a question of the Financial Times’ Chief US Commentator Edward Luce in Tbilisi at a conference organised by the McCain Institute and the Georgian Economic Policy Development Centre.

Germany supports Georgia’s intentions in regards to the EU and NATO. Our membership in the EU and NATO is dependent on the geopolitical situation and the status quo. We [the Georgian government] should prepare the country and its democratic institutions for membership,” Bakhtadze said and stated that Georgia also required economic transformation as about 20 per cent of the Georgian population lives in poverty. 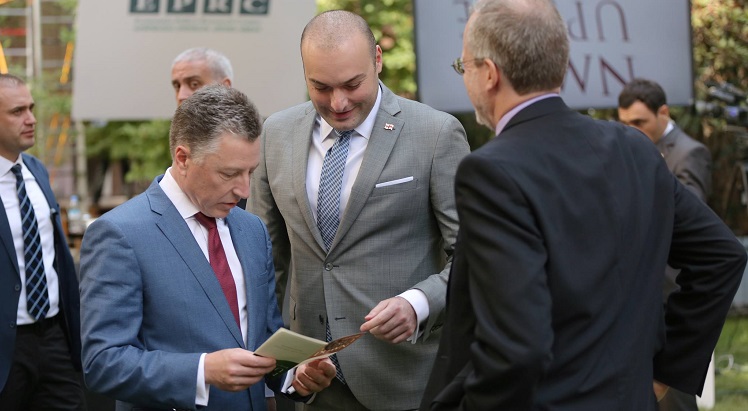 PM Bakhtadze said that democracy means involvement and is based on values. He states that political situation may change, but values remain unchanged.  Bakhtadze said “we are very optimistic about the EU’s bright future.”

Bakhtadze said that Russian propaganda is a challenge for Georgia’s Euro-Atlantic intentions and the best response to propaganda would be Georgia’s economic advancement and the eradication of poverty, as well as the further development of the education field.

We are sure that Russian propaganda will not achieve its aims. Let’s remember the last elections when pro-Russian parties were able to gain only 4-5 per cent of the total vote. The Georgian people unconditionally support the country’s European development,” Bakhtadze said.

Bakhtadze also said that Georgia has always been a part of Europe.