915 people have been illegally detained for allegedly crossing the Administrative Boundary Line (ABL) between Georgia and its breakaway Tskhinvali region (South Ossetia) since 2010.

Georgian news agency Interpressnews published this information based on data provided by the State Security Service of Georgia. 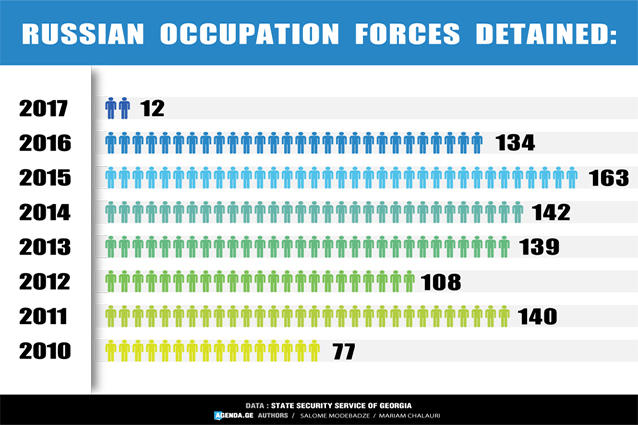 Russian border guards often detain those who intentionally or unintentionally cross the so-called border at locations that do not have barbed-wire fencing.

Detainees are then usually released after their families pay a fine.

The Illegal detention of Georgian citizen Giorgi Giunashvili back in 2016 was one of the issues discussed today at a meeting of the Incident Prevention and Response Mechanism (IPRM) in Ergneti. 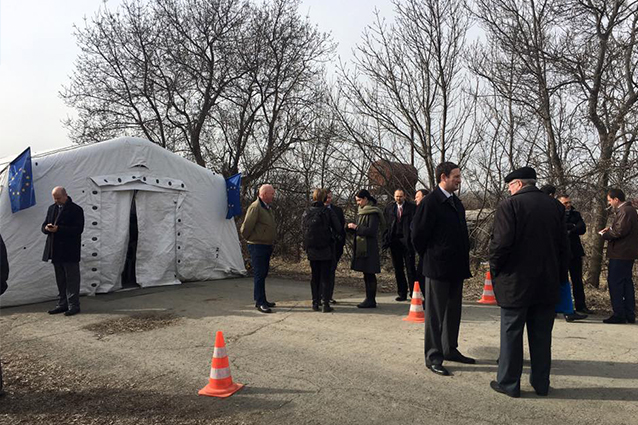 Participants of today's IPRM meeting are starting to gather in Ergneti village. Photo by EUMM

The IPRM was created in February 2009 following the 2008 Russia-Georgia conflict to address security concerns and ensure the protection of human rights in the occupied regions.

The meetings are an opportunity to identify and discuss potential risks and follow-up on incidents affecting the communities along the ABL on a daily basis.

The illegal detention of Georgian citizens near the ABL is a common issue, particularly in spring and summer when residents tend to grazing cattle or to pick jonjoli (a variety of capers), mushrooms and firewood.

It is not always obvious where the occupation line has been demarcated, because Russian occupation forces keep changing the so-called borders. This process is informally referred to as "creeping occupation”.