For the next two weeks in Tbilisi, an exhibition will celebrate ties between Georgia and Japan in the field of ballet art through the legacy of famed 20th century dancer Vakhtang Chabukiani.

Titled Japan and the Georgian Ballet, the display will mark the many decades of the cooperation with a focus on a 1974 series of master classes led by Chabukiani in Tokyo.

Photographs will illustrate the master classes led by founder of Georgian professional ballet dance for or the Tokyo Ballet company with the aim of developing male dance at the troupe, a subject Chabukiani’s work centered on. 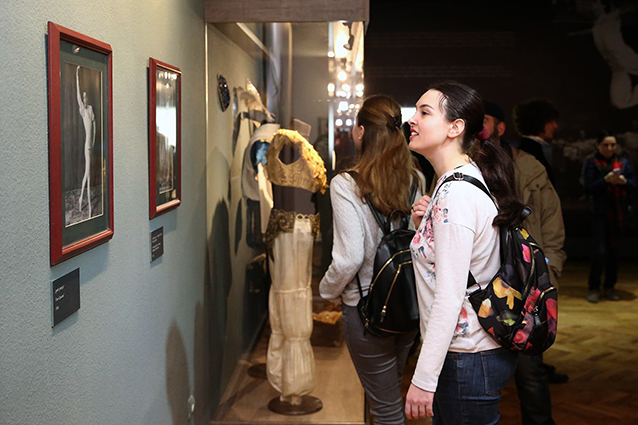 Subsequent correspondence between the Georgian dancer and his Japanese colleagues will also be on display to illustrate ballet ties between the sides that followed the event.

Visitors will also see a booklet featuring a Tokyo production of the ballet Othello, initially staged by Chabukiani in Georgia in 1975.

The exhibition’s opening today was attended by State Ballet of Georgia artistic director Nina Ananiashvili, a world-famous dancer who has led the Georgian participation in recent ballet projects between her country and Japan.

The most recent initiative within the collaboration saw Tbilisi Vakhtang Chabukiani State School of Ballet Art and the Tokyo International Ballet School hold a joint contest for young dancers earlier this year.

Ananiashvili has also become a prominent symbol of ballet ties between the two states through performing tours of Japan featuring her and the State Ballet of Georgia for more than a decade. 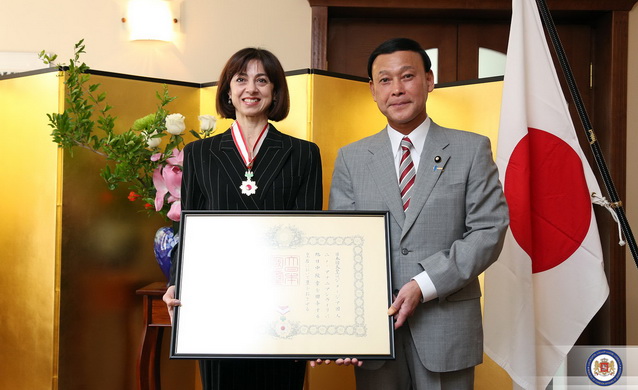 Celebrated dancer and State Ballet of Georgia artistic director Nina Ananiashvili has been awarded for her contribution to ballet ties between Georgia and Japan. Photo: Georgia's Foreign Ministry press office.

Earlier this year the famed dancer was honoured with the Order of the Rising Sun, a Japanese state award recognising her contribution to cultural relations between the two countries.

Distinguished alongside 33 other laureates for the award from around the world, the Georgian dancer was the only recipient representing the field of art.

The Vakhtang Chabukiani Museum was reopened in February following a renovation and is located in an apartment on Aghmashenebeli Avenue where the popular dancer once resided.

Founded in 2000, the venue boasts collections bringing together over 4,500 exhibits related to the life and career of Chabukiani, a recipient of the title of the People’s Artist of the Soviet Union.

The museum is part of the Union of Tbilisi Museums, a network of nine independent venues in Tbilisi.

The exhibition Japan and the Georgian Ballet will be open for visitors through October 3.