27 years on from April 9 tragedy: Georgia remembers heroes who died for the country’s independence

Georgia is today remembering the youth who tried to stop Russian tanks with their bare hands and other people who were killed by Russian troops as they supported the independence of Georgia 27 years ago.

On April 9, 1989, at least twenty people were tragically killed as Soviet troops attacked peaceful protesters in the centre of Tbilisi.

The date has been etched into the minds of locals and is remembered as the day of National Unity. It is recognized as a public holiday in Georgia. 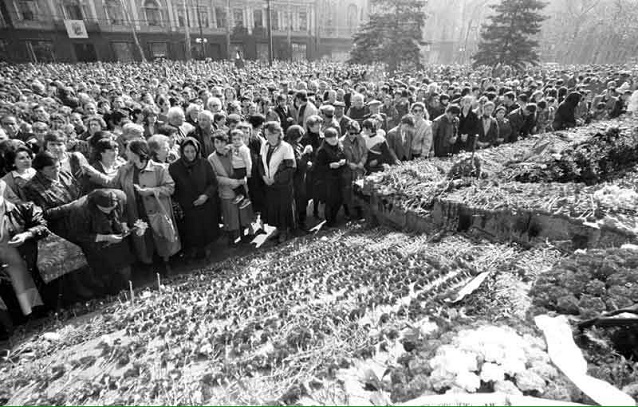 Last night Georgian Prime Minister Giorgi Kvirikashvili, Cabinet Members and other officials gathered at the memorial before the Parliament building on Rustaveli Ave in Tbilisi, where the tragedy occurred, and lit candles and laid flowers to pay tribute to the people who died during the demonstration. 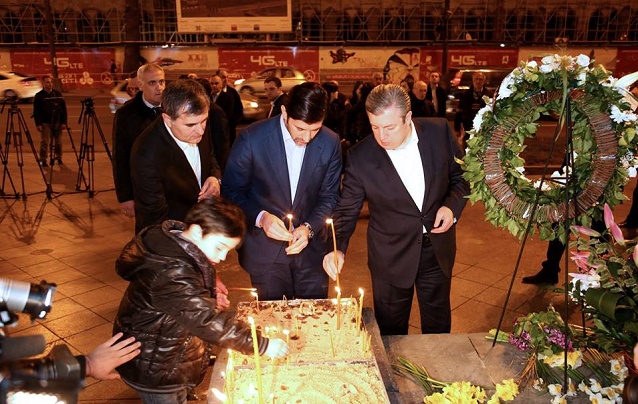 "Today is one of the most tragic days in Georgia’s modern history,” Prime Minister Giorgi Kvirikashvili said.

"Many people tried to oppose to the powerful political machine with their bare hands. This was an example of self-sacrifice and the blood shed that day not only changed the vector of the country’s development but also strengthened the belief that it’s possible to stand up against a stronger power if you are brave enough.”

"April 9 will remain as the story of the young heroes who tried to stop tanks with their bare hands.”

The youngest victims of April 9 tragedy were 16 years old.

From dawn this morning, families of the fallen and other community members gathered outside the Parliament Building to pay tribute to the victims. 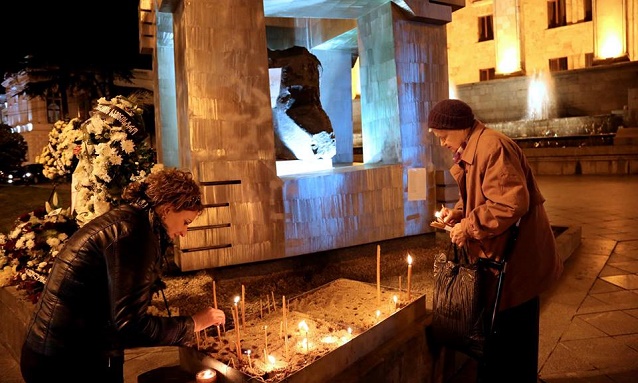 Furthermore, April 9 also marked the restoration of Georgia’s independence, as the Georgian legislative body passed a declaration of independence in 1991 based on the results of the March 31, 1991 referendum, where an overwhelming majority of Georgians voted to secede from the Soviet Union.

The anti-Soviet movement became more active in the Georgia in 1988 where several strikes and meetings were organized by anti-Soviet political organisations in Tbilisi. The reason behind the strikes was because of conflict between the Soviet government and Georgian nationalists when several thousand Abkhazians, a Caucasian ethnic group, demanded to be granted full-republic status within the Soviet Union and restoration of the Union republic status of 1921–1931. 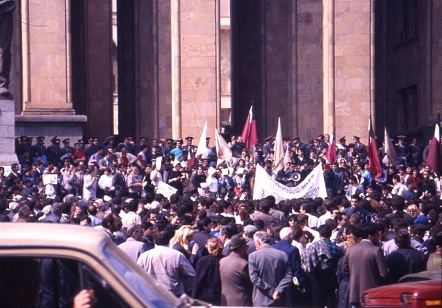 In response, the anti-Soviet groups organized a series of informal meetings across the republic and claimed the Soviet government was using Abkhaz separatism in order to oppose the pro-independence movement.

The protests reached their peak on April 4, 1989, when tens of thousands of Georgians gathered before the House of Government on Rustaveli Ave in Tbilisi.

In the evening of April 8, 1989, Colonel General Igor Rodionov, who was the Commander of the Transcaucasia Military District, ordered his troops to mobilise. 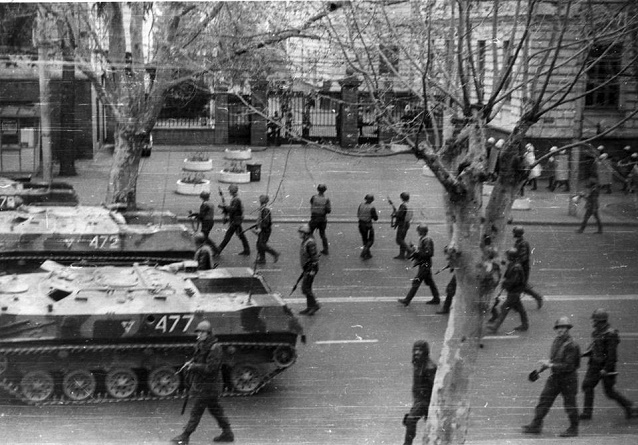 At 4am on April 9, the special task units of the Soviet Army crushed the protestors who were rallying to demand the independence of Georgia. Sixteen demonstrators were killed at the scene and four others died later from the injuries they sustained on that fateful day. Hundreds of activists were injured and needed medical attention. 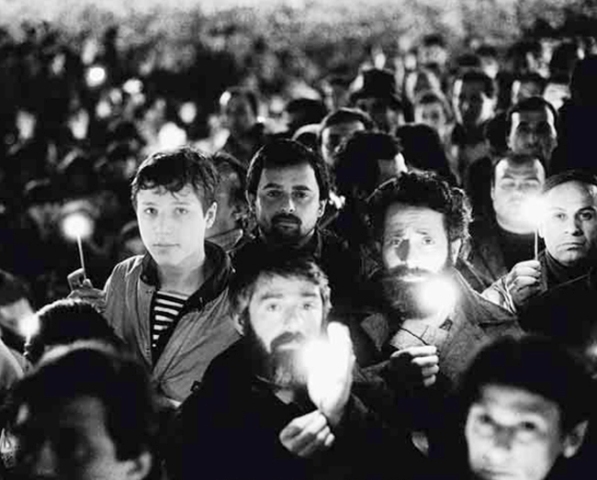 Autopsies conducted on the victims concluded 15 of the 16 people died as a result of asphyxia, (suffocation) caused by a combination of compression of the body and the inhalation of chemical substances. The other victim died from serious head and brain injuries.

The Soviet troops used toxic agents against the peaceful demonstrators. Later, from clinical and toxicological evidence, experts concluded that in addition to the use of one or two lachrymator (tearing) agents (CN and CS), the Soviet troops most probably used a third toxic agent, called chloropicrin. Twenty people were killed, 16 of whom were women. 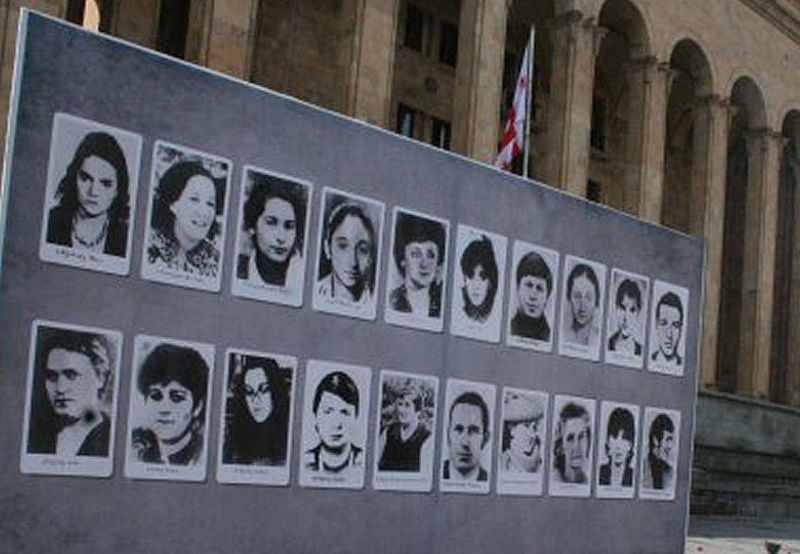 On March 31, 1991, Georgians voted overwhelmingly in favor of independence from the Soviet Union in a referendum. With a 90.5 percent turnout, the vast majority of the population (99 percent) voted in favour of Georgia becoming independent.

Yesterday Georgian non-governmental organisation IDFI published several intelligence documents recently unclassified by the United States (US) in connection with the April 1989 events in Georgia. These documents included analytical reports on the events, prepared by relevant US state agencies (Directorate of Intelligence, State Department, US Embassy in Moscow).

This marked one of the first occasions when classified documents on Georgia’s recent history kept in the US state archives have been made public.

The documents showed that the US State Department and intelligence services paid close attention to the historic developments taking place in Soviet Georgia, however, they did not have access to factual information on the ground, and relied mostly on Soviet and international press reports.

The documents can be seen here.