A top United States (US) and North Atlantic Treaty Organisation (NATO) military official believes Russia wants to divide the free world and create new challenges for its neighbours and other nations.

US Air Force General Philip Breedlove, who also serves as a Commander of the NATO Supreme Allied Command Europe, is in Georgia on official business today.

This afternoon he visited the Administrative Boundary Line (ABL) that separates Georgia with its occupied Tskhinvali (South Ossetia) region, which formed after the Russia-Georgia war of 2008. After visiting the site Commander Breedlove made some poignant comments about Russia’s actions on Georgian soil. 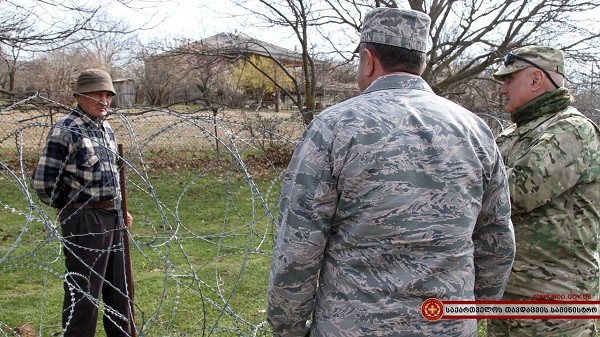 Breedlove asked questions to a local, whose land was divided into two parts due to the barbed-wire fence erected by Russian occupants. Photo by Georgia's Defence Ministry.

I had an opportunity to visit the area and saw how your people are divided into two. Your country, your brave country, has suffered from Russia’s intention to forcibly expand its influence beyond its borders,” Breedlove stated.

Now, Russia is playing an aggressive game in world politics. It is in Russia’s interests to change the current rules and approaches of the international system, divide the free world and trigger new challenges for our resistance,” he stressed. 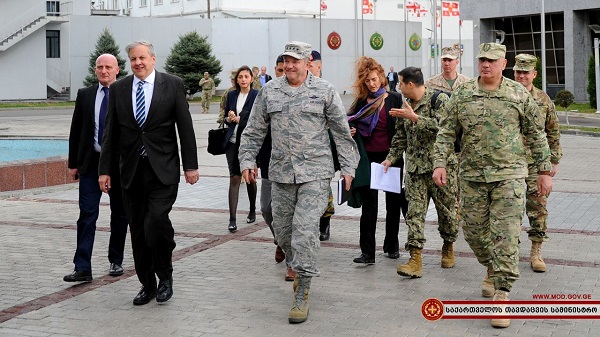 Breedlove believed one of the major things Georgia could do to prevent further Russian aggression was for the country to enhance its relations with the US and NATO.

You should follow your current path and further enhance your partnership both with NATO and the US so that your close partnership is visible to the entire international community,” Breedlove said.

The General stressed Georgia’s values were in harmony with the major values of NATO, which was why he supported Georgia’s membership to the Alliance.

Georgia’s Minister of Defence Tinatin Khidasheli said Breedlove’s visit to Georgia was of high importance, especially when his term in the US Command expired in 45 days.

When a person is on the verge of relinquishing his post, he visits this place so he can share his views and experience with his many friends,” Khidasheli said. 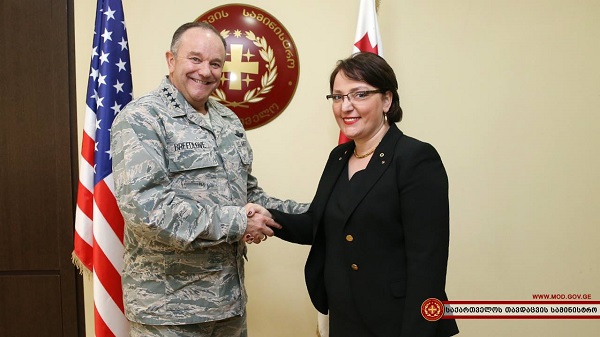 Both officials condemned the recent terror attacks in Belgium’s capital Brussels, and said terrorism could only be defeated through joint international efforts.

Breedlove arrived in Georgia yesterday. In the afternoon he met Georgia’s President Giorgi Margvelashvili, who awarded the US official with the state Order of the Golden Fleece.