Twenty thousand people suffering from Hepatitis C in Georgia will receive free treatment this year and potentially enjoy 100 percent recovery thanks to an offer from American pharmaceutical firm Gilead to provide a new medicine to Georgia for free.

Today Prime Minister Giorgi Kvirikashvili addressed patients taking part in the country’s Hepatitis C Elimination Program to tell them about the next stage of the package.

Since the program launched in April 2015, more than 7,000 people suffering from Hepatitis C received free treatment and 3,000 had completed their course of treatment, said Kvirikashvili.

Ninety percent of the 3,000 were totally cured,” the PM stressed.

Georgia has one of the highest estimated virus prevalence rates in the world, affecting 6.7 percent of the population. But through the public-private partnership between the US and Georgian Governments, along with Gilead, Georgia was on its way to making history and completely eliminate Hepatitis C from the country. 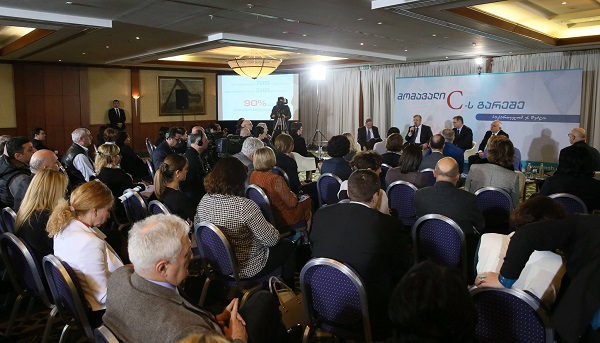 Kvirikashvili thanked Georgia’s Ministry of Health, Labour and Social Affairs, doctors, Gilead and the United States (US) Embassy to Georgia for their assistance to eliminate the virus in Georgia. The Prime Minister also thanked the patients involved in the special program and sharing their experiences with new patients.

Harvoni, the new Hepatitis C medicine, has already been imported to Georgia. Gilead gave the medicine to Georgia free of charge following a memorandum signed between the company and Georgia’s Health Ministry.

Typically Harvoni cost €110,000 per person for one course of treatment.

During the first stage of the Hepatitis C Elimination Program in 2015 Georgia used Gilead’s medicine Sofosbuvir, also free of charge.