A multifunctional shopping centre will open in an abandoned Soviet-era building in central Tbilisi, to reinvigorate Georgia’s capital, develop the real estate and commercial markets and encourage more tourists to visit the city.

The building, commonly known as the Univermagi building, is located near Freedom Square and will be transformed into a modern shopping centre named Galleria Tbilisi in about 18 months. The building has remained empty for about eight years.

Renovation works at the new shopping centre started today and Galleria Tbilisi will be ready for its grand opening in September 2017.

Colliers International Georgia officials promised 80 percent of the retail space will be rented by the end of 2016. 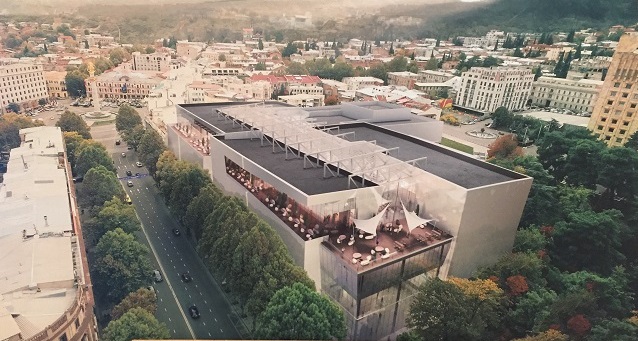 Galleria Tbilisi will be located near Freedom Square. Photo by Agenda.ge.

Those involved in the project claimed Galleria Tbilisi had "the best shopping location” in Georgia. When complete the shopping centre will be located at the bottom of Rustaveli Ave in an area described as a business and leisure destination for locals and tourists.

About 15,000 people work in the offices near Galleria Tbilisi. They will be the potential customers of the shopping centre. Furthermore, Galleria Tbilisi will be located within 10 minutes walking distance for more than 500,000 customers and a 20 minute drive for almost all Tbilisians,” said Tsotne Ebralidze, managing director of Hospitality and Real Estate Department at the GCF.

Freedom Square Metro Station will be integrated into the shopping centre, which will bring its 17,000 passengers to Galleria Tbilisi, he added. 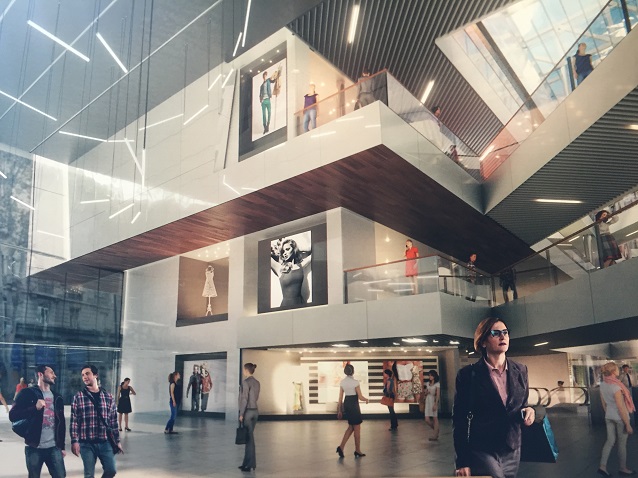 Galleria Tbilisi will have five floors and will feature different facilities. Photo by Agenda.ge.

The five-storey mall will be spread over a 22,000 m2 territory. Two theatres – Griboedov Theatre and Liberty Theatre - Freedom Square Metro Station, middle and upper-scale fashion stores, a food court, grocery shops and parking spaces for 308 cars will be integrated in the one large retail space:

Preparatory works on the new shopping centre began in summer 2015 while now it is in the active construction phase.

About 1,000 people will be employed in the construction works.