Stoltenberg: NATO must react, we see Russia’s will to use forces vs Georgia, Ukraine

Secretary General of the North Atlantic Treaty Organisation (NATO) says the Alliance never seeks confrontations but it must react adequately when it sees continual military build-up by Russia, and Russia’s will to use military force against its neighbours.

We have seen [Russians] willing to use military force against their neighbours: Crimea, Ukraine, but also Georgia has seen a threatening rhetoric from Russia,” Jens Stoltenberg said yesterday after a North Atlantic Council meeting involving NATO Defence Ministers.

So, NATO has to respond, to continue to deliver credible deterrence in a new security environment and we have to remember that the reason why we deliver deterrence, why NATO is strong, is not because we want to provoke a conflict but it is because we want to prevent a conflict and the best way to do that is to stay strong, united and be firm in our response,” Stoltenberg added. 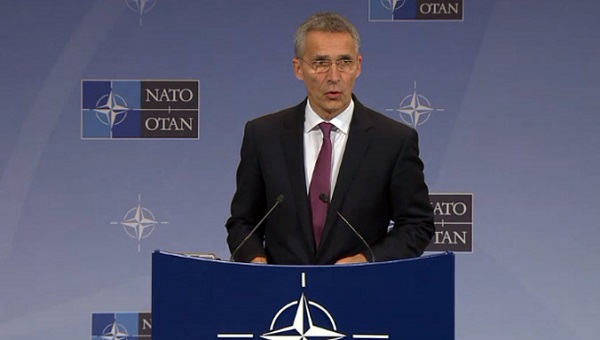 The NATO top official also said he was "pleased to announce” that six nations had indicated their willingness to contribute to the NATO presence in the Black Sea region; on land, at sea and in the air.

These nations are Canada, Germany, the Netherlands, Poland, Turkey and the United States. Other allies are also looking into how they can contribute,” Stoltenberg added.

Black Sea security is an inseparable aspect of safety in the Euro-Atlantic space. Georgia is actively participating in NATO discussions in this direction,” Janelidze said.

The Minister stressed Georgia was also ready to contribute to promoting security in the Black Sea area and to the entire North Atlantic space.