Georgia's mountainous resorts have opened for the new summer season with fresh attractions including the first mountain sled track in the South Caucasus.

For the first time at central Georgia's Bakuriani resort, a track for mountain sleds – also known as a toboggan – was unveiled on the Didveli slope, a popular skiing destination.

Created to carry one or two people downhill, the toboggan is known a popular mode of transport in northern Canada but it has also been adapted for recreational use in mountainous locations.

The Didveli sled track was officially opened today. The track itself was installed by Slovakian company Tatralift on a 1,360m long lane. 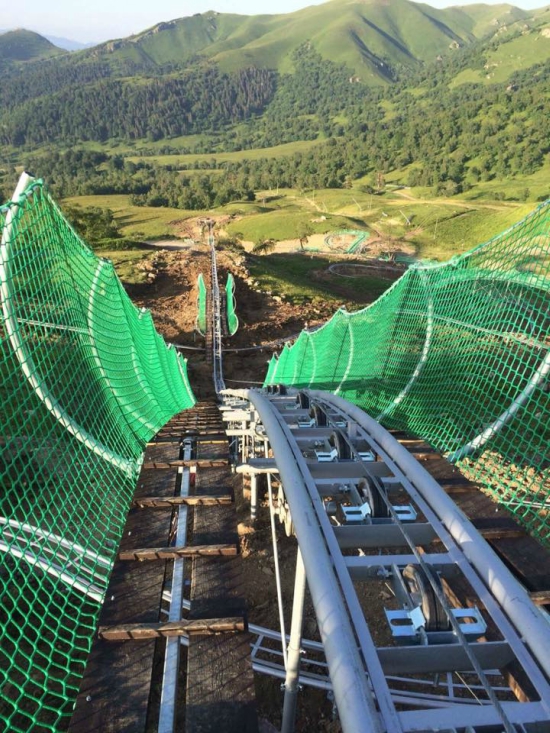 The 1,360m long sled track will operate in winter and summer seasons. Photo from Bakuriani resort/Facebook.

The sled track can cater to up to 30 toboggans, which can accelerate to 45km/h in the fastest sections.

The vehicles are controlled by two levers on either side of their passengers and travel on a track. At the bottom of the track, the sleds carry their passengers up to the starting point, with the entire travel taking around six minutes.

The Mountain Resorts Development Company of Georgia said by introducing the new attraction to Bakuriani, it was looking to develop the tourism sectosector the mountain resorts outside of winter season. 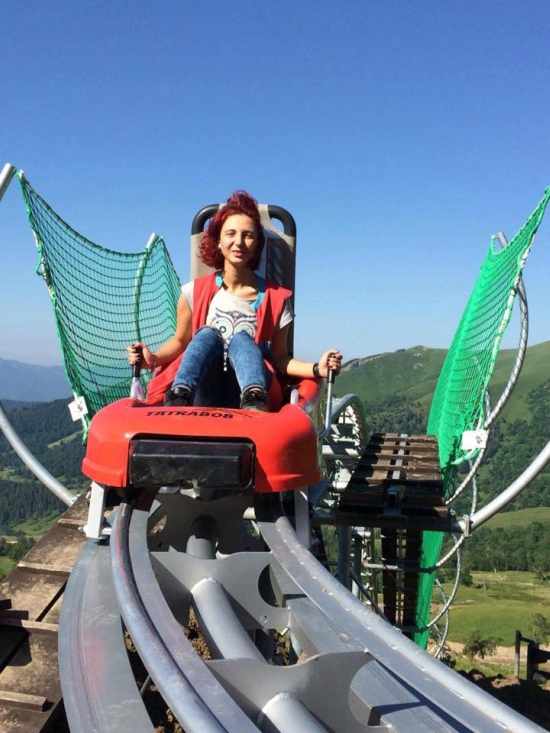 The toboggan ride on Bakuriani's Didveli slope aimed to boost recreational activities in the resort outside of the winter season. Photo from Bakuriani resort/Facebook.

Resorts like Bakuriani have been traditionally associated with winter activities and sports, and recreational activities decreased drastically during the off seasons. The new toboggan track will operate in winter as well as summer seasons.

Other summer activities open to visitors in Bakuriani include mountain bike riding, with a special season ticket also available and including all local attractions for extreme sport enthusiasts.

The summer season in Georgia's mountainous resorts was opened on July 2.