Tbilisi is hosting a three-day event - the 2016 CAMCA (Central Asia-Mongolia-Caucasus-Afghanistan) Regional Forum - organised by the Rumsfeld Foundation together with the Central Asia-Caucasus Institute at Johns Hopkins University.

Kvirikashvili stressed the importance for Tbilisi to host such an important regional event and thanked the organisers for choosing Georgia as the host country.

He also talked about Georgia’s democratic and economic development and stressed Georgia was one of the easiest countries in which to do business, according to the World Bank.

The PM named several projects that Georgia was involved in, which he believed would transform Georgia into a hub linking East and West, North and South. The projects he mentioned were:

Watch the PM’s full speech below.

Before speaking at the Forum, Kvirikashvili met with the former Secretary of Defense of the United States (US), President of Rumsfeld Foundation Donald Rumsfeld.

The Georgian leader thanked Rumsfeld for his continuous support for Georgia and said the Georgian Government greatly appreciated his efforts. 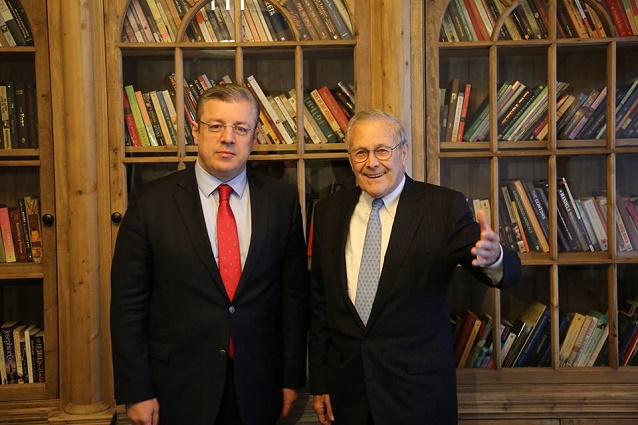 It promotes this goal by fostering dialogue and interaction among rising young leaders from various sectors in the 10 countries of the region, as well as with international leaders and stakeholders.

The CAMCA Tbilisi event involved more than 150 delegates from 18 countries.