Georgian ancient culture experts are celebrating the efforts of the National Centre of Manuscripts of Georgia, who presented a printed edition of Mokhvi Gospel - an outstanding specimen of Georgian calligraphic art and miniature painted at the turn of the 14th century.

The European Union (EU) and United Nations (UN) joined hands with the Government of Georgia and civil society organisations to preserve the ancient manuscript.

The high-quality publication preserved a format and layout of the original manuscript, and included reproductions of 160 subject miniatures that determined the artistic value of Mokvi Gospel.

The edition was trilingual and the original Georgian text was accompanied by Abkhaz and English translations.

The publication was initiated by the organisation "Friends of the National Centre of Manuscripts of Georgia”, and supported by the EU and the UN. 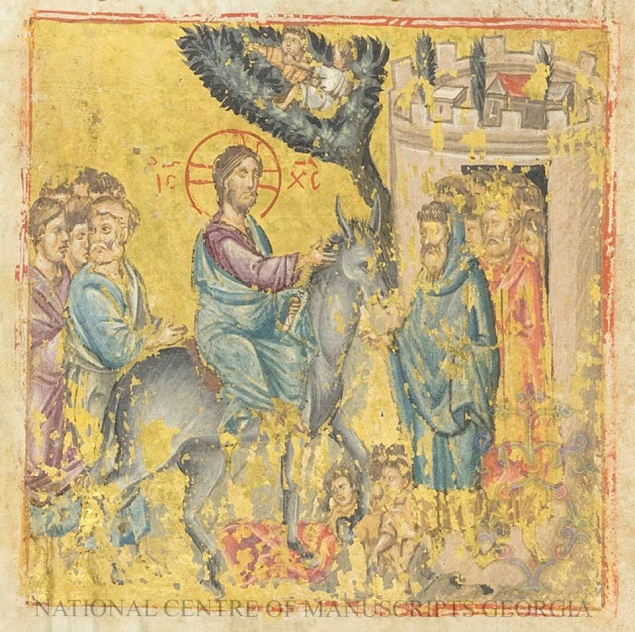 The Mokvi Gospel is one of the most important historic and cultural treasures of Georgia preserved in the National Centre of Manuscripts. The manuscript was hand-written in the Mokvi Monastery scriptorium in the Abkhazia region of Georgia in 1300 AD by the monk Eprem.

The artistic appearance of the Manuscript is determined by the miniatures inserted in the text and characteristic details of decoration.

The manuscripts stands out with an abundance of miniatures - unusual for the 13th-14th centuries: its especial artistic peculiarity lies in the miniatures done on sheet gold; the visual aspect of the codex is made up of 155 subject miniatures, 10 canon tables, 4 portraits of the Evangelists and up to 530 capital letters and initials.

The artistic appearance of the Mokvi Four Gospels, as a monument belonging to the Byzantine area, follows the iconographic models preserved in Georgian and Byzantine tradition.

The Gospel has come down to us in a rather damaged form; the leaves disintegrated from moisture clearly show the heavy plight of the painting.