The PM learned about the Foundation’s activities in Georgia and expressed his hope to further deepen collaboration between the country and the Foundation.

"We discussed both our ongoing programs and the projects that were planned for the future,” said the Foundation president Elena Rostropovich after the meeting, which she assessed as "very productive”. 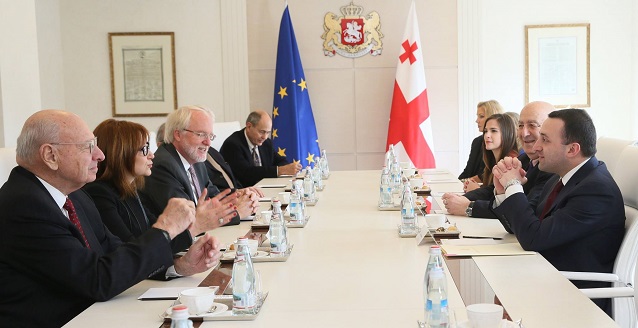 The focus of the meeting was the health of newborns and the importance of diagnosing existing illnesses in the first 48 hours after birth.

The programs implemented by RVF in Georgia included: